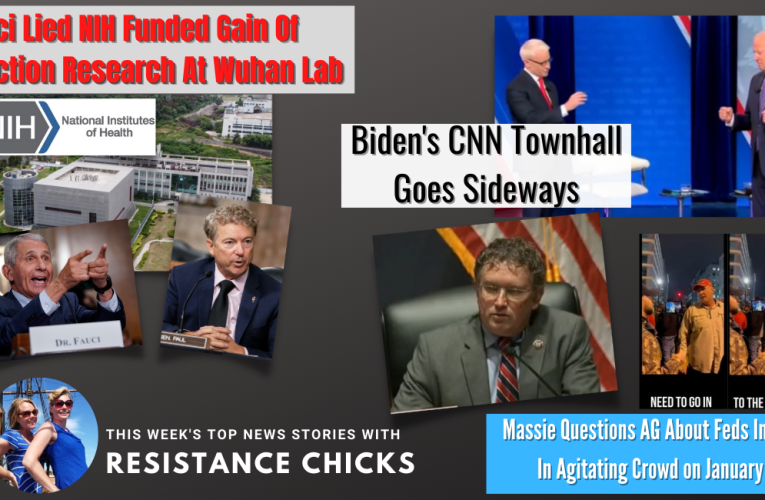 Join us LIVE on Brighteon.TV at 7:00PM ET for our first segment of this week’s TOP News Stories! Then pop over to our live stream at 8PM for the second half (links below!) We’ll be talking about how Biden’s CNN Townhall Goes Sideways, the fact that the NIH has admitted that Dr. Fauci LIED, they DID in fact fund gain of function research at the Wuhan lab… Then we also see KY Rep, Thomas Massie fire off at AG Garland asking him to put to rest whether federal agents were involved, or present on January 6th agitating the crowd to breech the Capitol… video footage from that day begs the question. All of that and MUCH MORE!