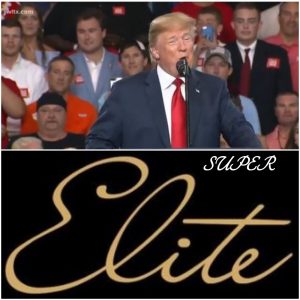 Regardless of how you feel about Trump, you have to recognize the fact that his trademark “rallies” are something outside of the presidential norm. Like a rock-star, he treks across the country to continue to remind his base that he is still in touch with them, keeping moral and excitement at an all time high.

If you’ve never been to one of these rallies, you may fail to grasp that when I say rock-star, being at a concert of the hottest popstar is exactly what it feels like. The atmosphere and enthusiastic tone of the room is palpable; these supporters are not only loyal, they are passionate. The inevitable chant against the “fake” mainstream media, where supporters boo and heckle the news outlets in the back, sends a shock wave through the building and it’s electric. I would challenge anyone, outside of the MSM, to keep a the smile off of their face witnessing it.

Trump seems to use these rallies to set the record straight against the lies of the MSM during the week or highlight the topics of his recent tweets; tonight was no different. 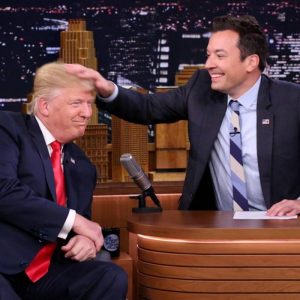 He covered Jimmy Fallon patting his head, claiming he never should have done so because it legitimized Trump as a presidential candidate. He talked about Melania’s kidney surgery and how the media spun tales of skepticism such as her having a face lift or leaving the president. He hit on the fact that the pictures the MSM has been using to showcase children being ripped from their migrant parents were actually from Obama’s administration… and so much more.

All of these were to be expected, but what was a bit unforseen was Trump deciding to re-brand his base… what name has he chosen you ask? The “SUPER ELITE”. Leave it to Donald Trump to simply take a name that the opposition uses in pride and “trump” it by throwing one of his personal favorite adjectives in front of it.

He says, “And by the way, you know, they call them the elites, right? the elites. You know what you are? The SUPER ELITES; I’m changing titles; I’m changing it. No no, look, everybody here, you know, works hard, makes money, pays taxes, does a great job; you’re smarter, you’re better, you’re more loyal… we have the greatest base in the history of politics, we do.”

Something tells me, Trump’s “base” isn’t going to let the less than super “elites” live that one down… like a younger sibling being told they were right by mom with a smug grin and constant reminder… “Trump said, I’M the SUPER elite”… and it makes me smile, because you know what? They are far superior to these so-called “elites” in every single area. I say own it Trump fans, own it.

“It Can NEVER Happen Again!” FBI Took Law Into Their Own Hands: IG Horowitz Senate Hearing 12/11/19

Comments Off on “It Can NEVER Happen Again!” FBI Took Law Into Their Own Hands: IG Horowitz Senate Hearing 12/11/19

Comments Off on Dinesh D’Souza Death Of A Nation Review

Citizens of the World Unite In Mass Lockdown Protests Around the Globe; Top EU/UK News

No comment
Around the world, in #Vienna, #Italy, #Canada,the #UK and many more, citizens…

No comment
In a phone interview on Saturday, January 16th, the two women who…