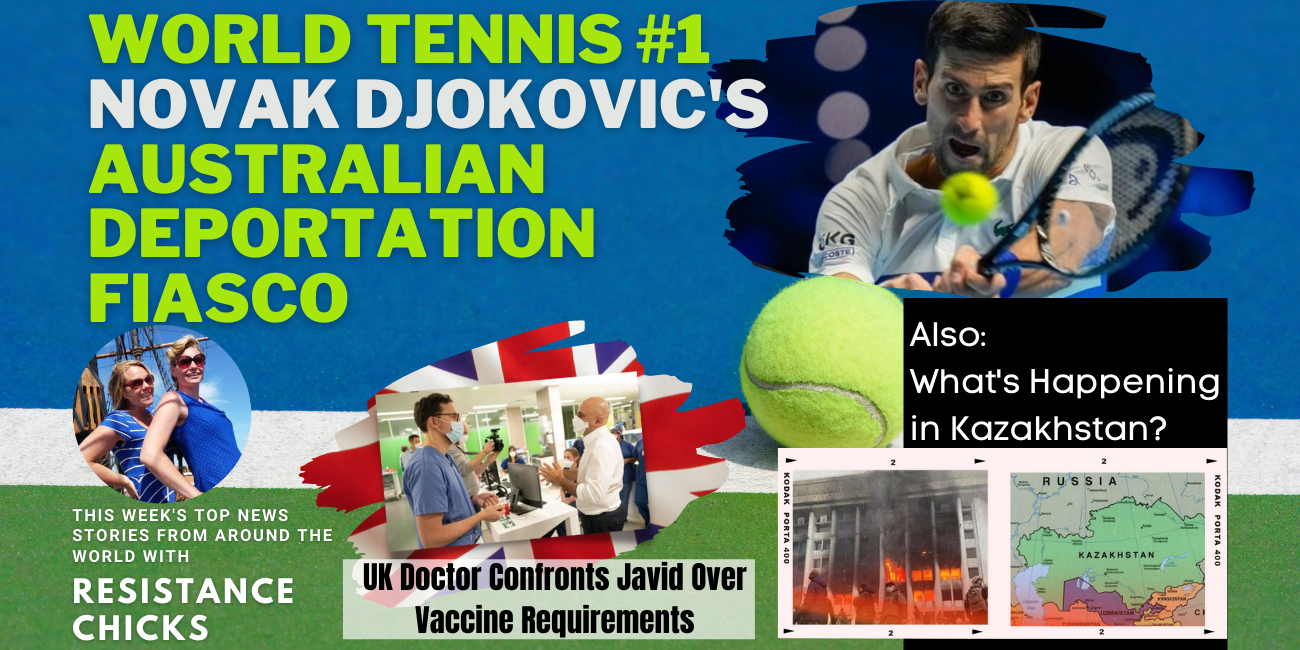 Coming up on this week’s TOP News Stories from Around the World: Novak Djokovic, The World Tennis No. 1, landed in Melbourne on Wednesday night to compete in the Australian Open — the first Grand Slam of the tennis season — after announcing that he had received a vaccine exemption to compete in the tournament. Djokovic’s visa was then rejected; he now waits in an allegedly insect-infested hotel until his opportunity to overturn his deportation in an Australian court on Monday.

A NHS doctor told Health Secretary, Sajid Javid, on Friday that he’s not happy with the government’s Covid-19 vaccination mandate for health workers that is due to take effect in April. Then, from Zerohedge: “Geopolitical commentator Clint Ehrlich has reported while on the ground in Moscow that ‘the situation in Kazakhstan is a much bigger deal than Western media is letting on.’ He further argues that the mayhem unleashed this past week and ongoing violent destabilization significantly increases the risk of NATO-Russia conflict. ” All of that and MUCH MORE, coming up!

To order the hair products sent to us at the end of the show by Sylvie Vaudelle Caiffure visit her Facebook page here or send her an e-mail at [email protected] !!!