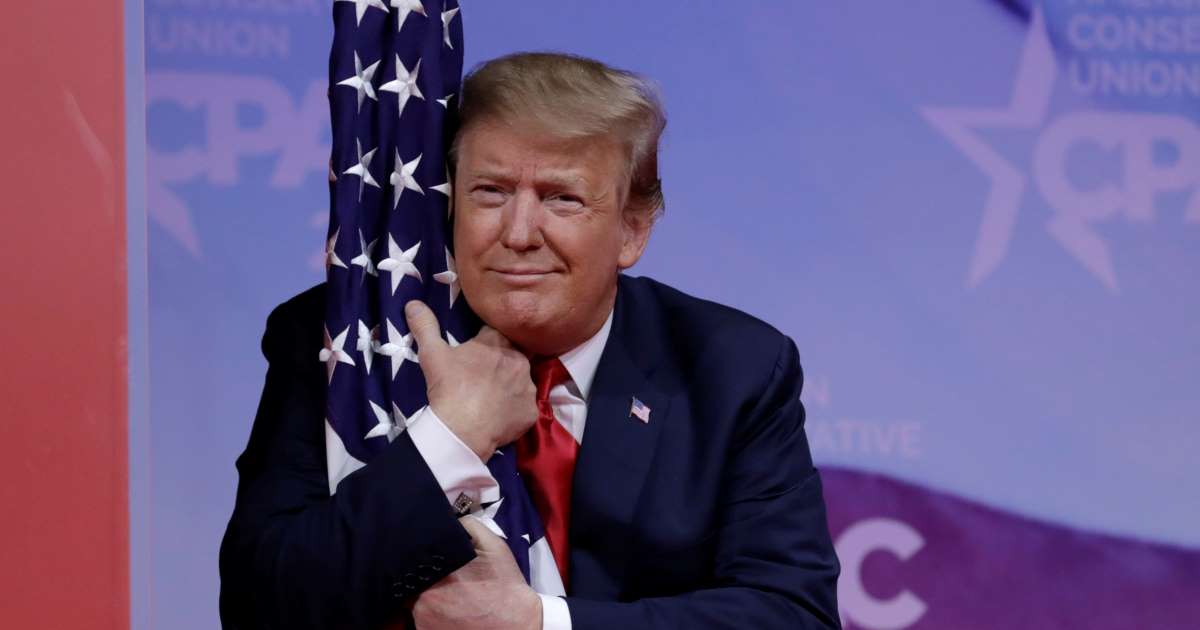 There are many types of humor in this world, and one of the many things that Trump supporters have in common, is the same sense of humor. I can’t watch or listen to Trump speak without breaking out in at least a chuckle, and more often a good belly laugh. I remember laughing at George W. Bush often, but what I love about Trump is that we laugh with him.

Saturday night, at the 2019 CPAC, Trump made an entrance that was sure to make the crowd go wild and cause a Twitter storm before he even spoke a word in his two hour speech. But that was only the beginning, President Trump was just winding up.

Several times he admittedly went off script and even gave a few history lessons on tariffs. Throughout the entire speech it seemed that Trump had traded his hat of President in for that of stand-up comedian and had the crowd in fits. I feel I spent the entire two hours at a comedy club with Trump as the headliner.

Near the end however, things got serious when he called up the young man who was brutally attacked and punched in the face at UC Berkeley and vowed to sign an executive order that would withhold research funding from colleges that didn’t support free speech. This, my friends, is the crux of the evening. While I count this speech to be one of, if not the best speeches he’s ever delivered, this right there hit the issue that should take precedence over all else. Why? Because if the left continues to censor those of us who used social media to help get him elected, then 2020 is lost and America itself is lost. My spirit lept when Trump addressed freedom of speech and the censorship that is happening all over the world because that means that despite the left’s biggest efforts to silence dissenting voices, the president is hearing us loud and clear and is taking action.

Watch the rest of Trump’s epic speech below.