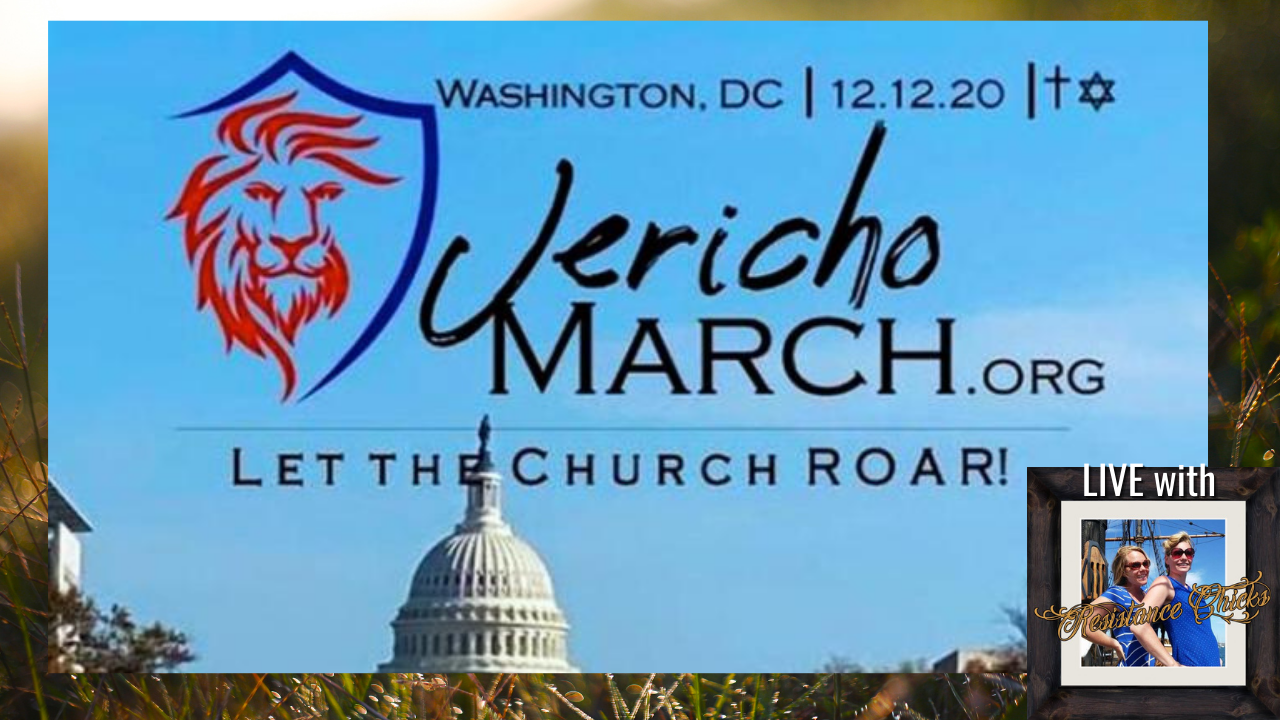 By General Mike Flynn On The Jericho March:

“The battle we are engaged in cannot be fought with only human weapons: it requires the intervention of God because in a war against the forces of Evil, only the Lord can obtain the victory. And as American citizens, we must refuse to go to the funeral of our own independence. We the people are proud to proclaim that the United States of America is “One Nation under God” – in this public profession of faith in God, we recognize his Lordship over our country, and we proudly stand beneath the banner of Christ and our flag in which millions have sacrificed their very lives for. In scripture through the strength and commitment of Matthew, he said, “Whoever is not with Me is against Me”. We do not want a world governed by tyrants whom no one has elected and who want to have power in order to destroy us. We understand what their plan is: to eliminate dissent, subdue any criticism, and outlaw those who do not submit unconditionally to the dictatorship of the “New World Order.“ And if they do not succeed through the hammering persuasion of the mainstream media, they do not hesitate to resort to deception, betrayal, perjury, and censorship. Let’s not forget that by the crimes they have committed, they have violated our laws; they have betrayed our Nation and their oath to serve our Country, their oath to preserve, protect, and defend the Constitution. What prosperity for our Nation, what peace for our people, what success for our endeavors can we hope for, when those who govern us show that they are unworthy of the authority they hold, of the role that has been given them as our representatives? And what blessing can these United States expect to receive from God, when those who govern us are his declared enemies? Our protest, our denunciation of electoral fraud, is not only motivated by the fact that we are supporting Donald J. Trump as a candidate: it is above all a battle for justice and truth, which goes far beyond membership in a party or voting for a candidate. If today we do not obtain justice from our elected officials; if the United States of America does not know how to choose between defending the Law and legitimizing a coup against its citizens, our Nation will abdicate its duties toward Americans and its international role. A betrayal will take place and History will ask for an account of it from all of us and from our Institutions and our leaders. Pray now that when the light shines in the coming days, it reveals the truth along with a new era of American patriotism.”