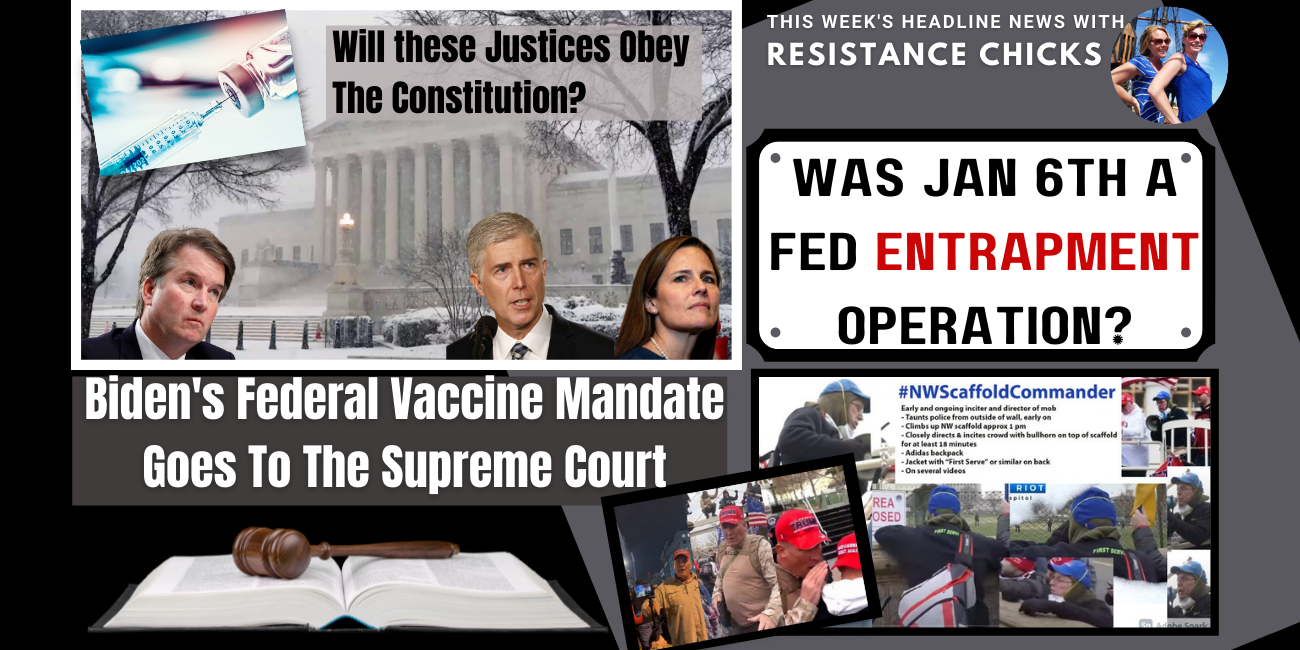 Coming up on this week’s Headline News episode: Trump didn’t collude with Russia, the Clinton campaign did and then set Trump up while the FBI ran point. Trump didn’t collude with the Ukraine, the Biden’s were part of a Ukrainian corruption scheme, and now more and more evidence is emerging about a possible fed entrapment scheme meant to lure Trump supporters past the barricades, right up to the Capitol building. Who is Ray Epps, the Arizona man caught on camera several times urging rally attendees to go into the Capitol? Why hasn’t Epps been charged? Why were he and a handful of others taken off the FBI’s wanted list? Who is the guy on top of the scaffolding directing people into the capitol and why hasn’t he been picked up and charged? Why hasn’t the pipe bomber, who left a pipe bomb at the RNC headquarters, been found? Why are people charged with trespassing being held in solitary confinement for almost a year? Sometimes unanswered questions answer themselves…

Then, the Supreme Court hears arguments challenging Biden’s Federal vaccine mandate- it blatantly goes against the constitution, but will the RINO judges like Barrett, Gorsuch and Kavanaugh rule according to the constitution or those pulling their strings?