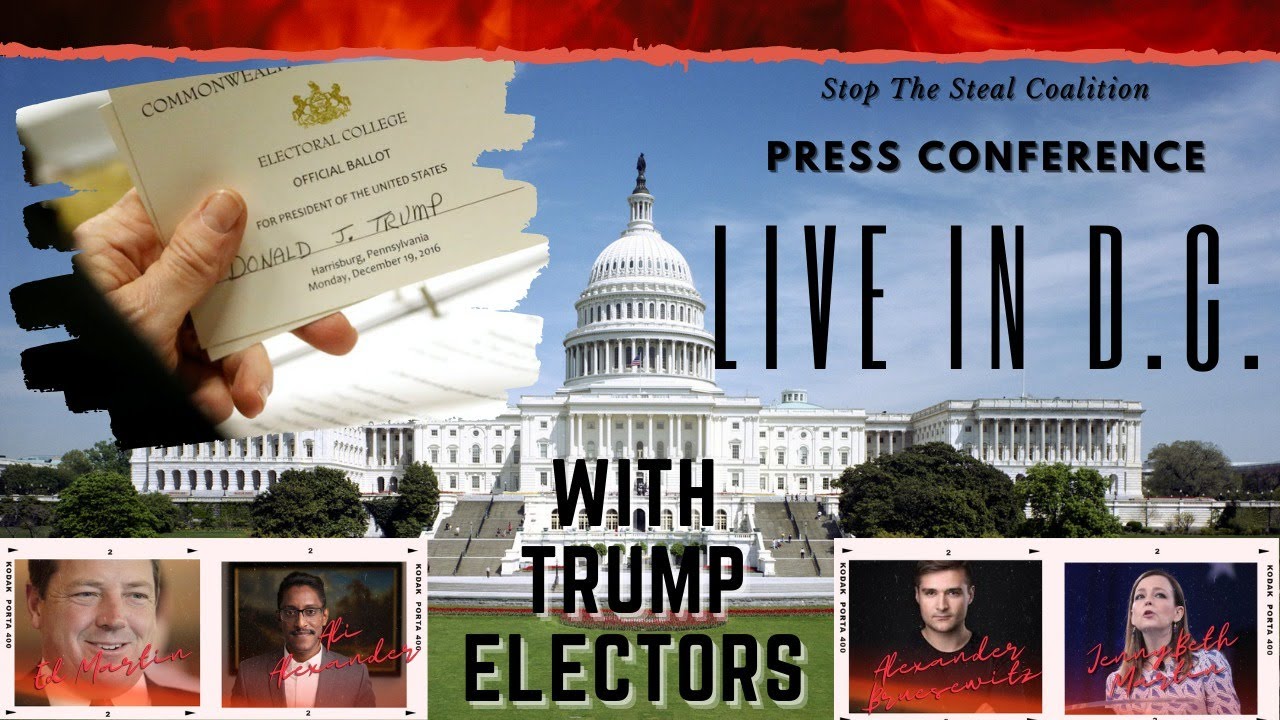 From Right Side Broadcasting Network: “December 15, 2020: (WASHINGTON DC) — Leaders from the official Stop the Steal coalition will call on Republican US Senators to join Congressman Mo Brooks and his colleagues in objecting to any House certification of an Electoral College count that includes contested states riddled with allegations of voter fraud and controversy. Per the US Constitution, a president cannot be elected without Congress, first, sealing the deal on the Electoral College. Instances of fraud and government abuse have robbed this process of fairness. Fortunately, the founders created a fail-safe by requiring Congressional consent. Stop the Steal is a broad coalition responsible for organizing protests calling for fair elections and transparent counting for 6-consecutive weeks since Election Day. Stop the Steal, and its coalition partners, has lobbied state legislators, petitioned statewide elected officials, trained witnesses before election integrity hearings, and made hundreds of thousands of calls and emails to bureaucrats. ” LIVE every Friday at 6:00 PM EST for our Weekly News Round-up and every Sunday 1:00 PM EST for World News on Youtube: Masfaith3. Resistance Chicks: Leah and Michelle Svensson report with a Founding Fathers “Christian”, commentary on the latest events in the United States and around the world. back-up channel Created By Divine Design Masfaith3 https://www.youtube.com/channel/UCmxcyrXF7dlJHvnl0wBWXhw?view_as=subscriber American Patriotism Is the furtherance of the Gospel of Jesus Christ