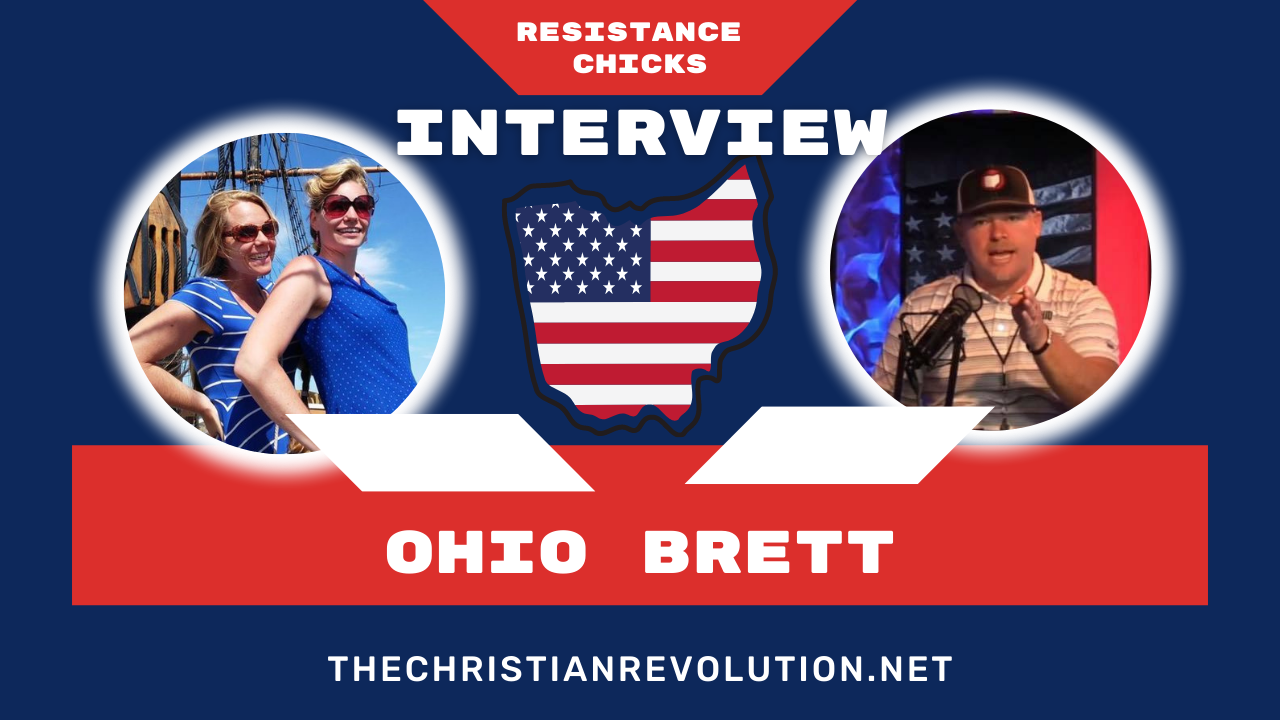 Leah and I met Ohio Brett at BardsFEST last month and we were privileged this week to have a chance to catch up with him in the midst of the amazing patriot fundraising going on at http://TheChristianRevolution.net

Ohio Brett has joined forces with Dr. Sherri Tenpenny and Coach Dave to raise funds that they will be able to put towards the RIGHT people who are on the front lines fighting for our freedoms such as Attorney Thomas Renz! They are traveling around the country and so far have raised over $400,000 dollars. Ohio Brett tells us that 20 percent of that will go towards costs and the rest will go toward fighting for our freedoms in the causes and areas that need it the most on the frontlines of the battle of the ages that we are in!

Their goal is to get one million Americans who can donate $100- if you would like to be a part of this amazing fundraising effort, go to TheChristianRevolution.Net

The worst kind of bully in the world tries to silence the opposing view.

About Ohio Brett: OhioBrett, a sinner saved by grace, is recognized as a dynamic leader, creative fundraiser and encouraging speaker. Since 2004 he has traveled America uniting “We the People” one event at a time. OhioBrett grew up in Dublin, Ohio then graduated from the University of Toledo where he played defensive back on college football teams coached by Nick Saban and Gary Pinkel. With his father, Dr. Allen Bohl, he co-authored Getting to Thanksgiving, a novel about parents passing on family values to their children. OhioBrett continues on the front lines helping families fight the evil of spiritual tyranny, encouraging all to never give up on dreams when faced with life’s troubles. He has accepted the challenge of speaking to communities in each of Ohio’s 88 counties, America’s 50 states, and wherever invited around the world with the focus of connecting others to help and the everlasting truth found in a personal relationship with Christ Jesus.

You can check out Ohio Brett on his website OhioBrett.com and on Clouthub @OhioBrett and on Facebook @OhioBrett