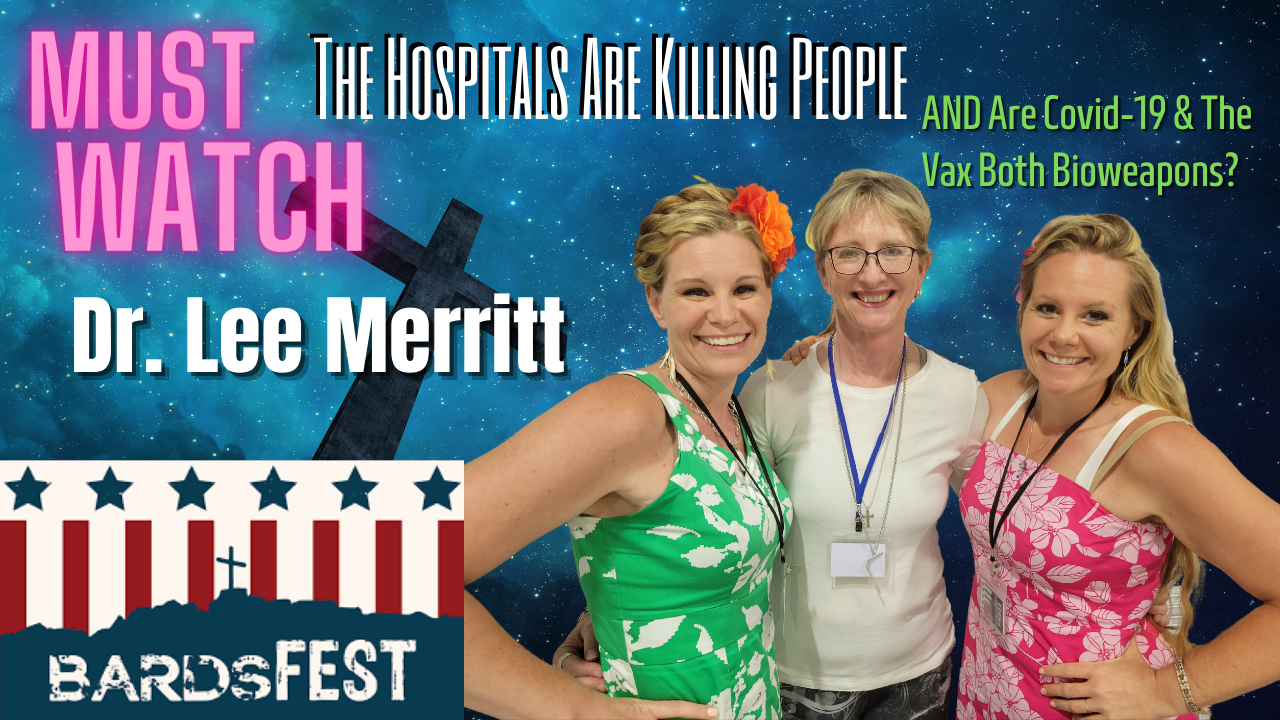 AND Are Covid-19 & the Vax both bioweapons?

Whenever you get to sit down with one of your heroes and glean from their knowledge, your life is changed- but when that knowledge will help save lives and bring down the medical shroud of lies that has paralyzed an entire world with fear for over a year and a half- your hands shake as you prepare to share it. This is one of those times.

Regardless of your stance on masks, treatments, lockdowns etc, I think everyone can agree that the information we’ve been fed over the past year and a half has been shaky at best. Many of us are still suffering from whip lash as we were told one thing, only for the opposite to be true the next week, and then back again. With all of that spanning two presidencies- it’s not a party line issue. We’re told to listen to the science and listen to doctors, but never before have acclaimed physicians and scientists been banned from speaking out- until now. It’s the job of journalists and citizens alike to ask why?

Dr. Lee Merritt has come out as one of the leading authorities questioning the narrative that big government, big pharma and the media have been trying to force feed us. There is a reason why videos with her have resonated with millions of people- because we are so starved for the truth, and that’s exactly what she brings.

We sat down with Dr. Merritt at BardsFEST in St. Charles, MO. This was our first interview with her; like millions around the world, we were first introduced to her because she was the only one to logically explain the origins of the chaos we have collectively endured. As physician and military surgeon she is uniquely positioned and qualified to understand what the rest of us blissfully had no knowledge of before our lives were forever turned upside-down. In this video Dr. Merritt breaks down the military grade ingredient in the vaccine, Lipid-nanotechnology. She does not even call these injections a vaccine because they do not stop infection or prevent transmission. She sounds the alarm on the total malpractice happening around the world when it comes to the treatment, (or lack thereof) of Covid-19. She tells us that Remdesivir is harming livers and does not even work as a treatment for the virus. There are many questions still surrounding the origins of the virus but Dr. Merritt lays out a very succinct and compelling timeline of the who’s, what’s, where’s and why’s. In this interview Dr. Merritt puts together the facts and fills in the gaps that we’ve all had. This is the video that you’re going to want to share with everyone you know.

About Dr. Merrit from her website The Medical Rebel : Dr. Lee Merritt began her medical career at the age of four, carrying her father’s “black bag” on house calls, along the back roads of Iowa. In 1980 she graduated from the University of Rochester School of Medicine and Dentistry in New York, where she was elected to life membership in the Alpha Omega Alpha Honor Medical Society. Dr. Merritt completed an Orthopedic Surgery Residency in the United States Navy and served 9 years as a Navy physician and surgeon before returning to Rochester, where she was the only woman to be appointed as the Louis A. Goldstein Fellow of Spinal Surgery. Dr. Merritt has been in the private practice of Orthopaedic and Spinal Surgery since 1995, has served on the Board of the Arizona Medical Association, and is past president of the Association of American Physicians and Surgeons. She has had a long interest in wellness and fitness, and has been Fellowship Certified by the American Academy of Anti-Aging Medicine…. In her spare time, Dr. Merritt raises chickens, gardens and enjoys a rural Midwest lifestyle.

Watch all four days of BardsFest here! The Biggest Revival in the history of the world!