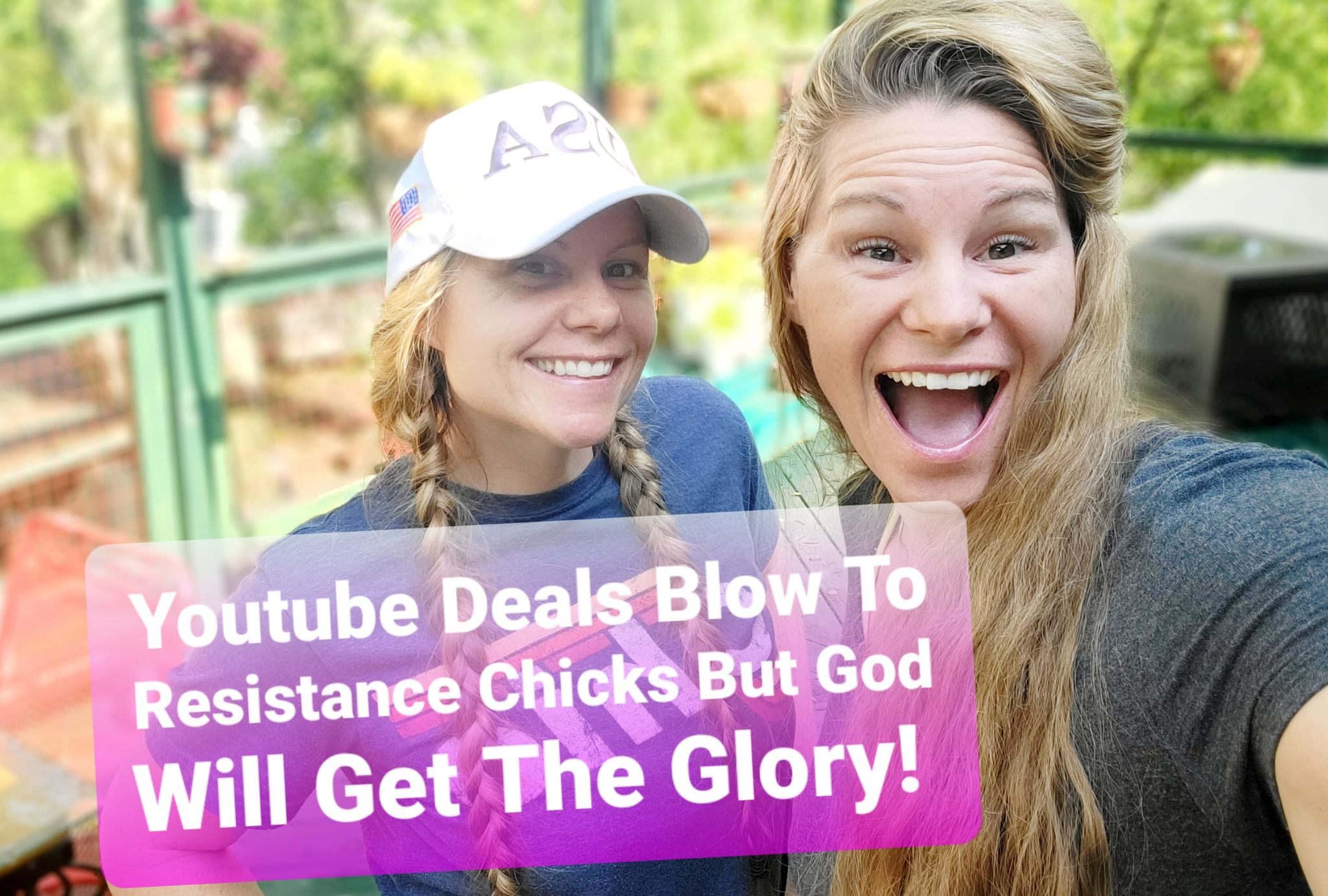 If removing our primary channel of 10 years, Masfaith3, in January wasn’t enough, Youtube took aim at our backup channel and kept firing off bogus “strikes” and content removal. After deleting over 110 videos in two weeks, today, Youtube has removed our Resistance Chicks channel of over 4 years, with over a thousand of videos. Each video that they removed sited that we violated their community standards, nearly all of which were flagged as having incited or glorified violence or bullying… very dangerous videos such as our honey harvest from last year, canning corn, the healthy benefits of weeds like chickweed, Bible studies with Michelle and so forth. Even after we appealed these supposed violations, we were told that Youtube “carefully” reviewed our content and concluded that it did indeed still glorify violence… remember, we’re talking about canning corn here- serious stuff.

At this point they can no longer hide behind what they are doing- it’s blatant for all to see, and they don’t care. They are losing so badly that they’ve pulled out all the stops. The revelation of Anthony Fauci’s e-mails delivered a fatal blow in their façade and now the everyday man can see what is really going on here. So what does Youtube do? They take aim at Eric Metaxas and Resistance Chicks, deleting both channels on the same day. They’re scared- because we have all the weapons, spiritual weapons, and the only power they have is to delete channels and censor, it’s sad. The devil is not going to swoop in and save the day for them, but you know what? God is- and we’re on His side- the WINNING side! They are reacting, they are on the defense, but God is on the move, He is on the offense and we are advancing the Kingdom every single day. And I can promise you one thing, we here at Resistance Chicks will NEVER back down.