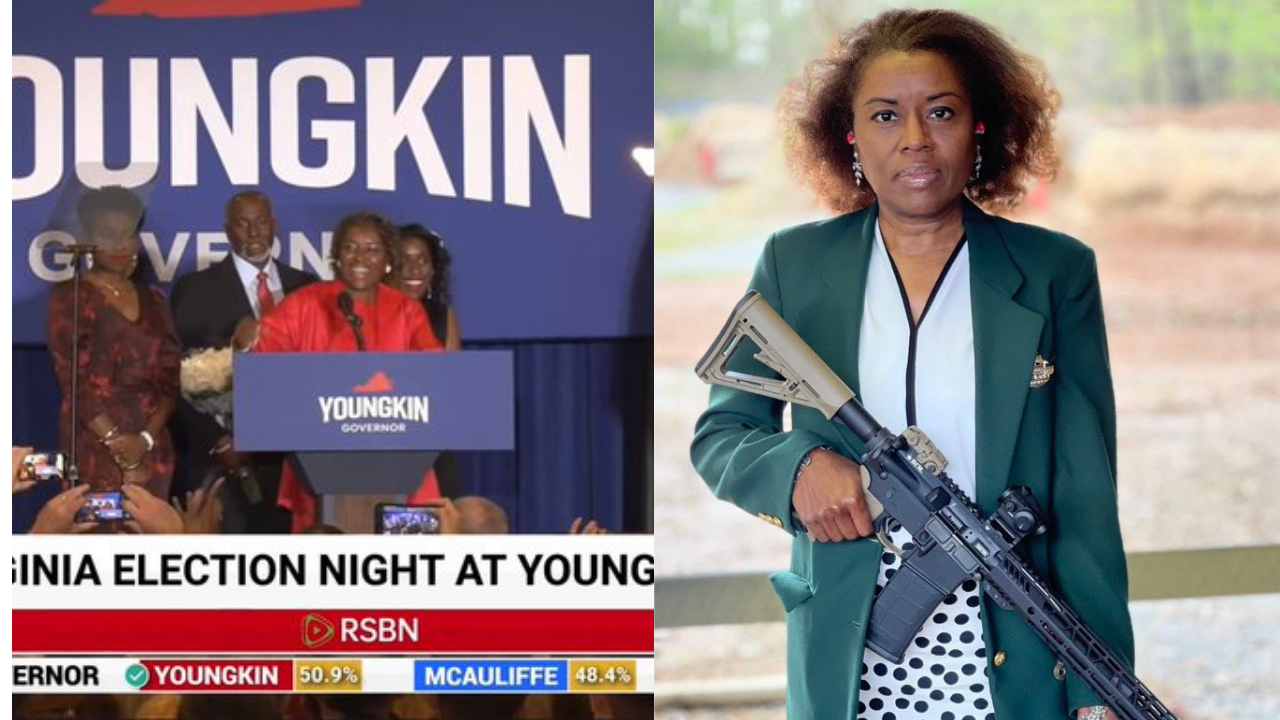 Watch Winsome sears, Virginia’s FIRST BLACK FEMALE LT GOVERORNER give a fiery acceptance speech! The race card in politics is dead. People just want to vote in those who represent their values. This woman is a rock star. She’s a Christian with a positive attitude and Virginia swung hard to the right against mandates, against Critical Race Theory and for school choice and putting education back into the hands of parents where it belongs. Way to go Virginia. Winsome Sears, made history as the first Black Republican woman elected to the House in 2002 after she ousted the 20-year Democratic incumbent of Virginia’s 90th District, William Robinson. A Jamaican immigrant, she also became the first naturalized US citizen to serve in the House. She is also the first woman of color to be elected to statewide office in Virginia, where politics have historically been dominated by white men.
Sears is a former US Marine, former vice president of the Virginia State Board of Education, and a former director of a women’s homeless shelter. Her campaign sought to create more jobs, lower taxes, and also strengthen the state’s schools.

Winsome, or Win-A-Lot? This election cycle was a big victory for us all. These previously VERY blue areas like PA, NY, NJ, and VA. have swung to the right and that signifies that we can expect similar changes across the country. If even NY and NJ can go red, there may be hope for us all.

Winsome’s story is the most American you will find, starting with her father and her daughters will no doubt carry that torch of that spirit onward.

I still favor parents home-schooling their kids, but if she gets the public school system of VA. straightened out, that’s a win for us all too.

God bless this patriot and her family.