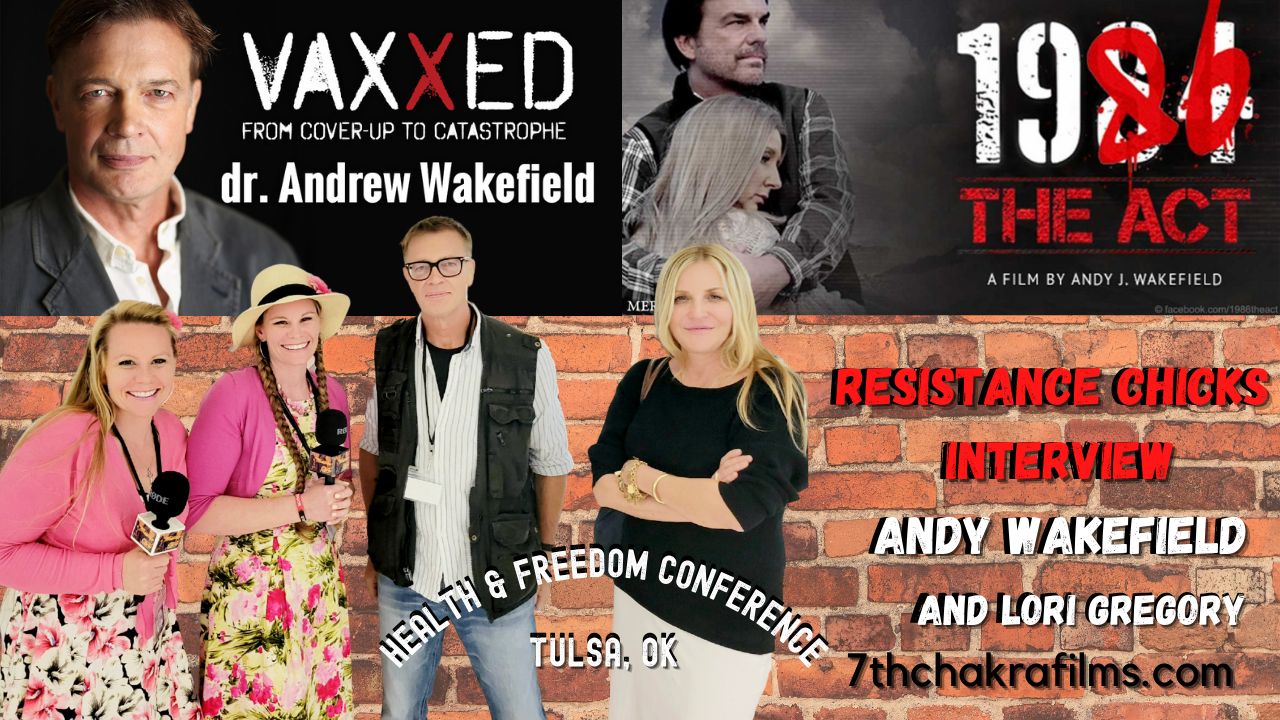 Raise your hand if your life has been changed by Dr. Andrew Wakefield and his documentary exposing Big Pharma: Vaxxed? That film has reached millions around the world, giving answers and hope to the hopeless whose lives have been irrevocably damaged by the evils of vaccine companies.

The Resistance Chicks had the privilege of interviewing Andy Wakefield and Lori Gregory, CEO of 7thchakrafilms.com at Clay Clark’s Health & Freedom Conference in Tulsa, Oklahoma about their latest film:

Man and microbe, from Polio to COVID19… a never more relevant forensic examination of the 1986 National Childhood Vaccine Injury Act and its consequences. What happens when an ancient wisdom – a mother’s intuition – is pitted against powerful interests in a race against time?