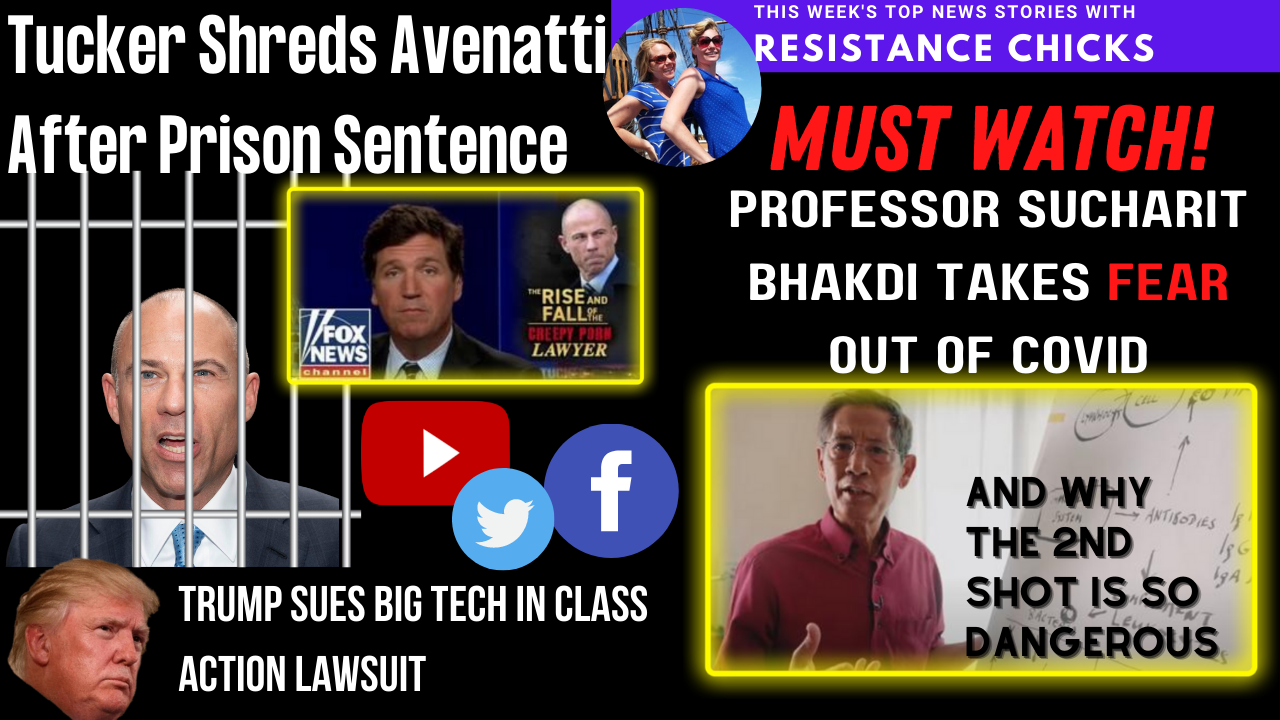 On tonight’s weekly news round-up: Michael Avenatti was sentenced Thursday to 2½ years in prison for trying to extort Nike Inc. for more than $20 million, capping the public downfall of a celebrity lawyer whose “star turn” as Stormy Daniels’s pugnacious lawyer ended in criminal charges- Tucker Carlson shreds him after his sentencing.

A black father shreds Critical Race Theory with “How do I have TWO medical degrees if I’m oppressed?”

Professor M.D. Sucharit Bhakdi explains, based on new evidence, why he believes:
– Your immune system is your best defense against SARS-CoV-2, and indeed all coronaviruses.
– If you have been infected, even if you experienced no symptoms at all, you are immune to all variants.
– We have already reached herd immunity.
– There is no scientific reason to vaccinate against SARS-CoV-2. There is simply no benefit and the rollout must be stopped.

Then, Joe Rogan weighs in on CNN comparing Tucker Carlson to Alex Jones.

And finally: Why the Supreme Court is not Conservative but really 3 Leftist, 3 Yellow Belly Cowards, and 3 Conservatives. Gorsuch says Kavanaugh and Barret lack fortitude.