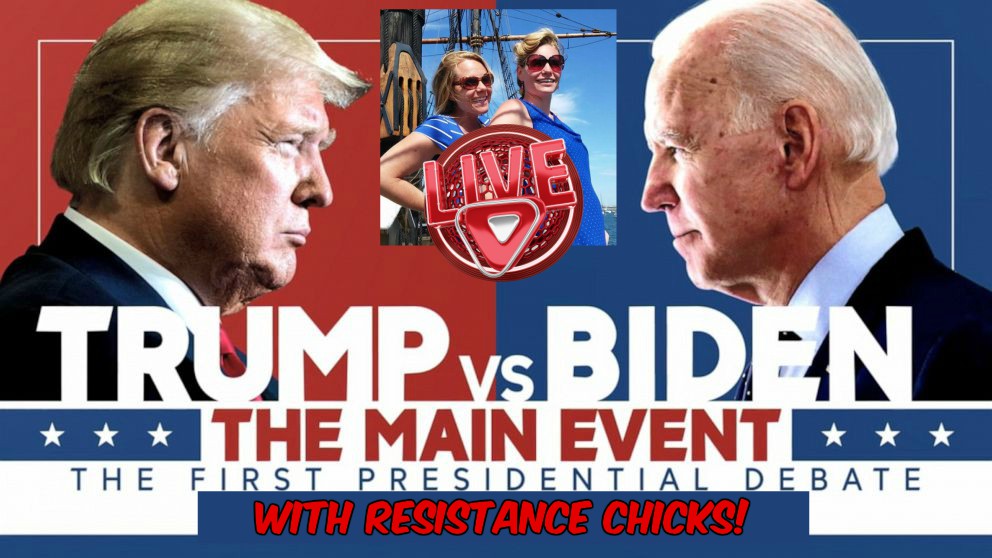 The event we’ve ALL been waiting for! Will Joe Biden actually show for what promises to be the debate of the century!? Much speculation has surrounded the Biden campaign thanks his many verbal gaffs and as to whether he has the mental and physical stamina to last for the entire hour and a half debate. Will Trump hold back, and go easy on Biden, so he’s not accused of elder abuse? Or will he go in with the same fervor he did in his infamous debates with Hillary, most notably responding to one of her lines about him as president with, “Yeah, because you’d be in jail.” Grab some popcorn and join Resistance Chicks, Leah and Michelle, tonight, LIVE for full coverage with commentary! You don’t want to miss the show!!!