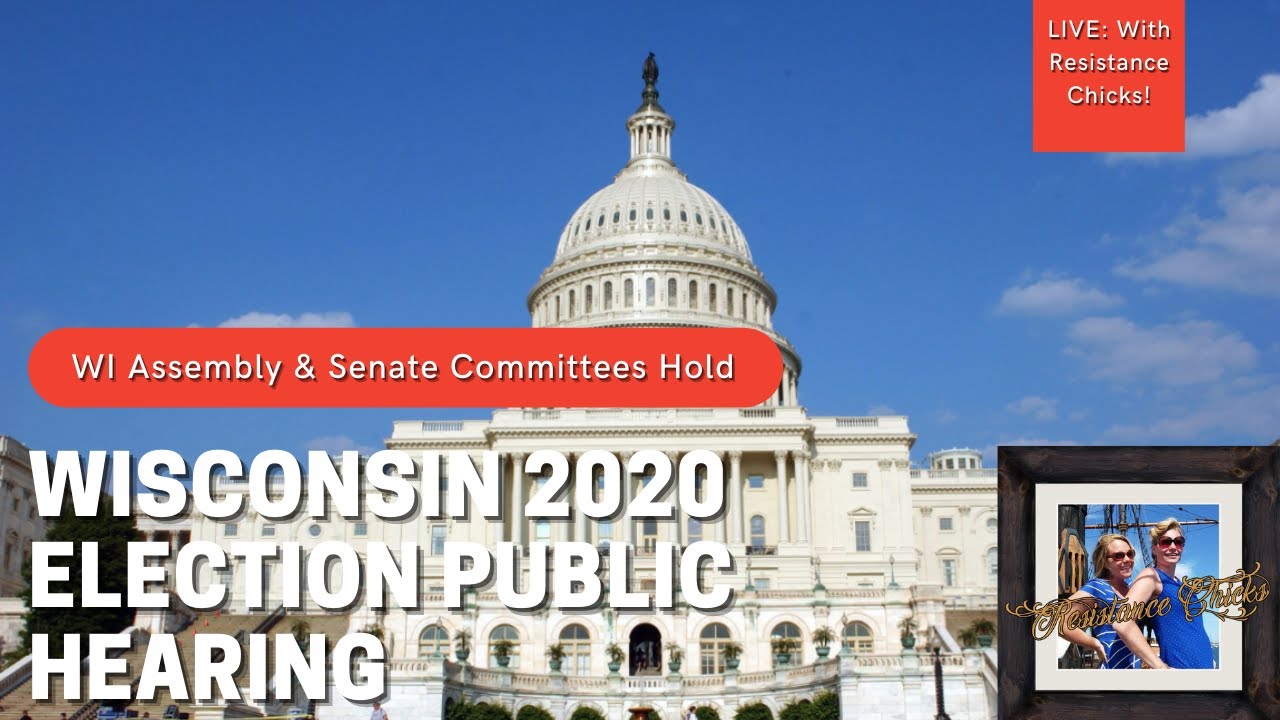 Thoughts today after streaming for nearly 9 hours, on the Senate committee hearing in #Wisconsin…Once again, as has already happened with the other hearings that we have covered post the #2020Election …

I watched as legislators went into the hearing with one opinion, with low expectations, but ending in pure fury and frustration at the flagrant fraud that took place in their state. If anyone thought that Wisconsin was immune to the horrors that we have already seen take place in the election process in Michigan, Georgia, Pennsylvania, and Arizona, you are sadly mistaken. I listened today to Americans who, while proud of where they live, proud of their state, proud of their country, are heartbroken and disgusted at what happened to them and their fellow statesmen. We saw, once again, multiple testimonies that corroborated each other, with proof of ballot harvesting, vote influencing, vote theft, the inability to have a meaningful view of the count, complete disregard of laws and statutes, intimidation, unbalanced/biased poll workers and watchers, no signature matching, a complete break in the chain of custody of the ballots, lack of any proof of chain of custody, and nearly 200,000 people allowed to register on the indefinitely confined list, when that list is reserved for those who cannot leave the house, and cannot show identification. Many of these new names on the list have been proven to be posting to their social media accounts that they are out bike riding, rock climbing, and attending parties. They were not indefinitely confined, and yet we’re allowed to vote without showing identification.

These are just a few examples, and mild ones at that, compared to the mountain of evidence that we heard today. I saw legislators wake up to the fact that something must be done, and that that responsibility rests on their shoulders, Although at a loss as to how to begin.

While streaming live on our Resistance Chicks program today, we found out that #SCOTUS denied hearing the Texas suit that 19 other states had signed on to. To many of our viewers this felt like a blow, but I am here to tell you it is far from that! We do not need, nor should we want the fate of our nation to rest on the shoulders of the supreme Court. It was not designed for that, it is designed to be the smallest of the three executive branches. If they end up ruling on cases, let it be to uphold what the states end up deciding, not to decide for the states.

I will add to this, and if you take anything from this article, please listen carefully… Tomorrow I want you to clear your schedule for the morning and afternoon… You do not need to watch it on our channel (Although you are welcome and we will be streaming the whole thing!) but there is going to be a #Jerichomarch in DC tomorrow starting at 10:00 a.m. with some of the most powerful speakers including General Flynn and a special rare video appearance of Cardinal Vigano! We will be streaming this live all day long. My fellow Americans and Christians, we are bringing God, we are bringing angels, we are bringing the whole host of heaven to this nation, and do you know what that means? It means that God will show up when the people cry out! It means that God wants to show up, and he wants us to cry out! I believe that the decision not to hear the TX case before SCOTUS was timed beautifully, on the eve of the Jericho March around the supreme Court in Washington! Guys, we are not losing this battle, anyone with spiritual eyes can see that God is winning it, and I am proud to be on His side! #HoldTheLine#GodWins