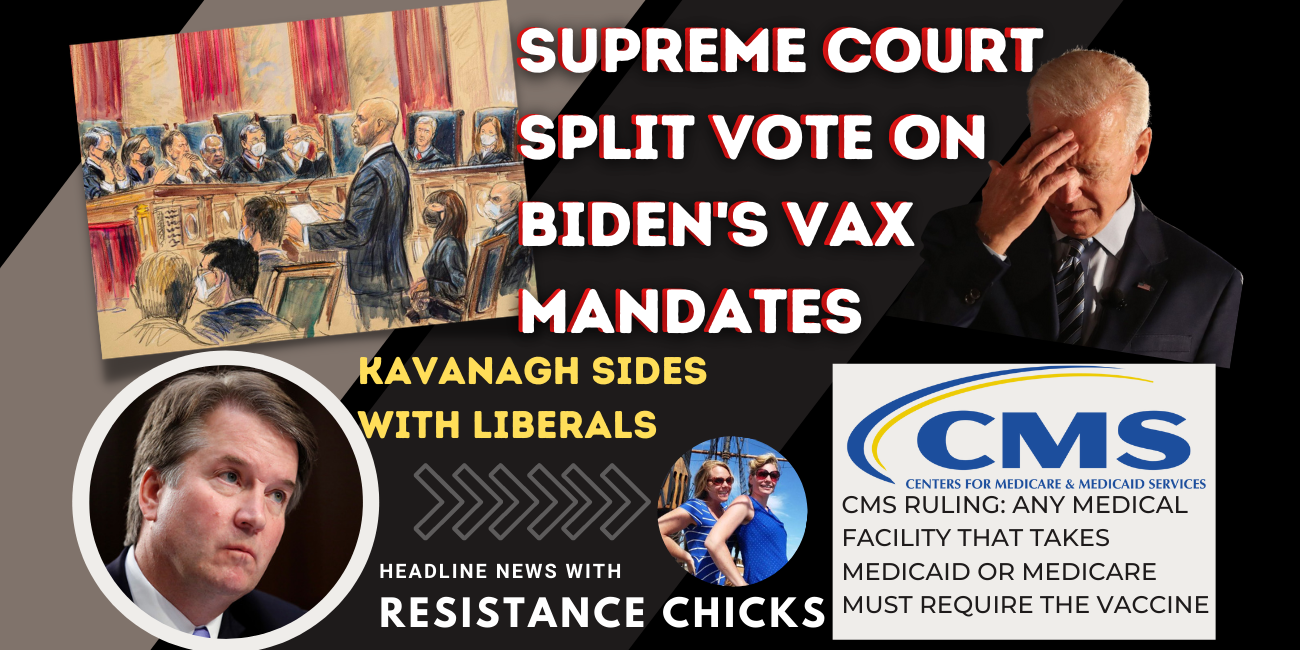 On January 13th, 2022, the Supreme Court handed down two much anticipated rulings on Biden’s overreaching vaccine mandates. One was an OSHA workplace work around, going around the Constitution- which even John Roberts and Neil Gorsuch cited in their majority opinion as being extremely problematic. One simply can’t “work around” the Constitution if they do not like it- even the Executive Branch.

Millions cheered the dismissal of a mandate which would have required businesses with over 100 employees to mandate the vaccine. Spineless Christian businesses and ministries that were enforcing the vaccine mandates, like Focus on the Family, now can remove them. However, at Resistance Chicks aren’t taking any victory laps. Nothing but little peeps are coming out about the CMS ruling that any medical facility that takes Medicaid or Medicare must require the vaccine. Thanks to turncoat liberal, Bret Kavanagh, the Supreme Court have ultimately proven they will make decisions based upon how they feel about a certain subject, rather than whether something is truly constitutional. If the federal government cannot enforce a vaccine mandate on businesses, neither can they enforce a mandate on medical facilities. In fact the federal government has no business enforcing any Medical procedure, on any person, ever.

Kamala Harris was asked about the current direction the administration is taking to curb the virus and she hilariously stumbled through a word salad saying “It is time for us to do what we have been doing and that time is every day.” I think Joe is rubbing off on her. Speaking of Joe, he would like social media to do more to crack down on “disinformation,” while the DOJ announces a domestic terrorism unit to go after “anti-authoritarian sentiment.” I guess our founding fathers would be on the top of their watch list.

Finally, a bit of sad hilarity from down under as an Australian premier brings in a translator to translate his covid message into Aboriginal English. The problem is, the translator had a hard time coming up with different words to say than the ones the premier was using, adding on a prefix or suffix of “proper” or “one,” that was definitely just an English dialect. All this and much more with tonight’s Headline News With Resistance Chicks.