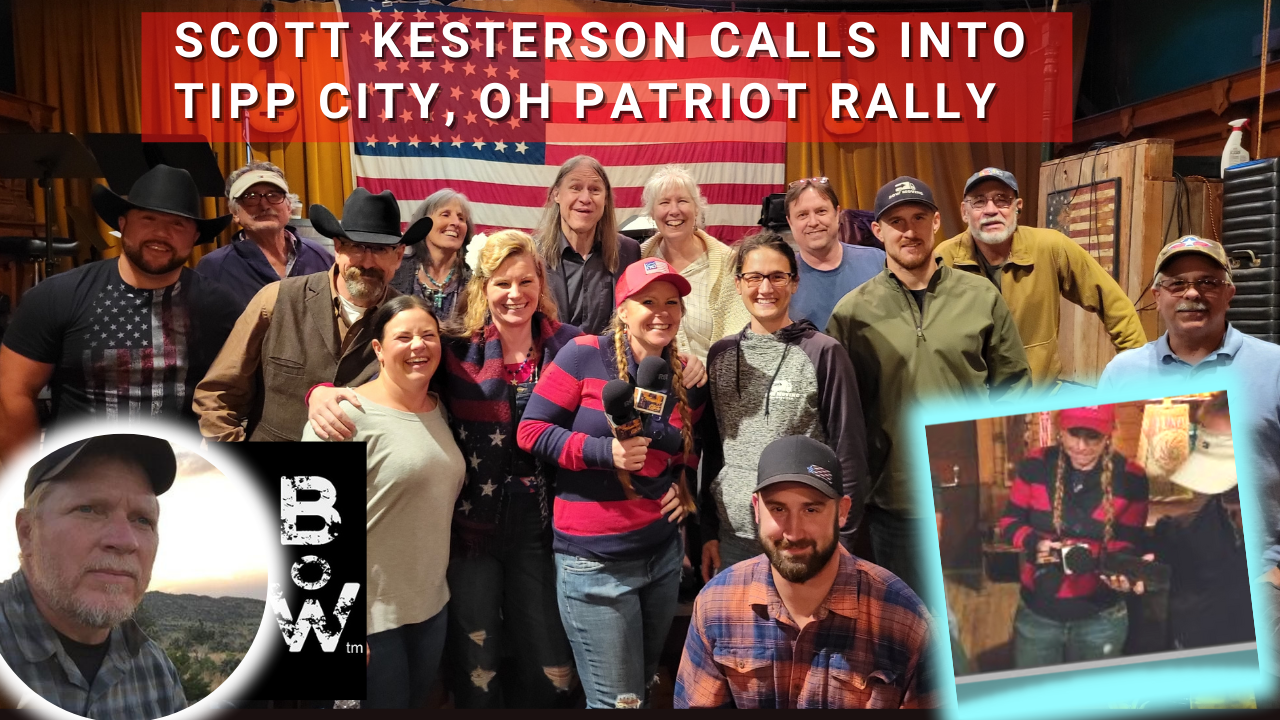 Scott Kesterson is a rare breed. Both humble and confident in what he believes, his BardsFM podcast has inspired millions around the world to take action county by county. He is all about small town America taking back this country with each of us doing our part to build patriot gardens, homeschool, build communities and a new economic system based around his 7 Count by County Pillars.

Michelle and I recently had the privilege of meeting up with some local fellow Ohio patriots who listen to both Scott and Resistance Chicks, two Tipp City, OH ladies who came and visited our little homestead. We really hit it off with Liberty (yes her parents named her Liberty and she named her daughter Liberty too!) and Drew, who brought along their little ones to see our pigs, chickens, and taste a little Ohio honey from Michelle’s bee hives. They invited us to an event Liberty’s dad Steve was putting on that weekend called Revive America, which featured Sandy and Eric Loy, Justin Cruea along with speaker Mike Loughman. Our calendar was surprisingly open, so we hopped in the car to drive an hour north to the Tipp City old Roller Mill building. Once inside you are transported to another place entirely. The building has a distinct cabin feel with slatboard walls with tasteful nostalgic decorations. A large Native American tapestry hangs next to a giant marlin and across the way are hanging canoes that make you feel all warm and cozy like you just stepped into a Hallmark movie.

It was in this setting that we walked in to the Community Connextions Church Praise Band and then onto a great patriot speaker, Sandy Loy, who touched on subjects that are both controversial and important. In an age of censorship, we need all the voices who are exposing corruption to come forward with their corner of expertise and research. Do you really own your land or does the government, and what are land patents? Do you really need a birth certificate? What does the government do with our Social Security numbers? Sandy Loy, Constitutional teacher and expert took us down some rabbit holes and we came out thinking deeper about a lot of things and for that I am grateful.

Michelle and I were honored to be asked up on stage to speak for a few minutes, which you all know was difficult to keep short, but the crowd was really alive and God brought together a very diverse and bright group of men and women ready to stand in the gap.

Scott heard about this gathering and surprised us all with a phone call that really made our day. He spoke to Steve Watson, who I’m calling the patriarch of Tipp City. He and his wife Sally own several buildings in this quaint Ohio small town and often hold events for the community. He is a patriot through and through and is fired up to make the changes we so desperately need to turn our nation around. It was a wonderful experience to hear these two wise men encourage one another and spur one another on to good works. Steve is all about the Kesterson model of the “breakaway economy” and “letting your business become your church.” We got a chance to speak with Steve, Liberty and Drew after the call about their passion for turning this nation back to it’s foundation.

And so, with joy, I leave you with this video and I hope it brings as big a smile to your face as it did ours. Patriots, stand strong, with people like the men and women of Tipp City, OH there is no way we are going to lose this country. In fact, it’s only going to get better from here. We win or we win.