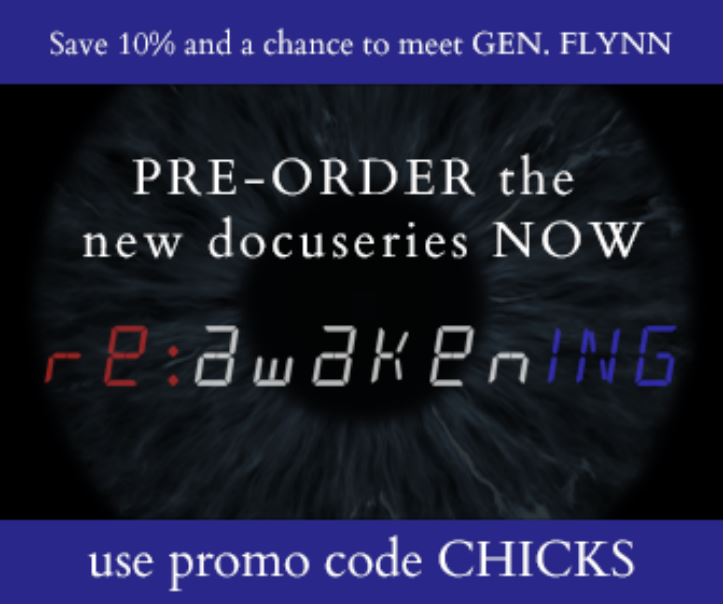 We met and interviewed Joy and Matt Thayer at BardsFest this past August. They produced and directed the incredible documentary, THE TRUMP I KNOW. This husband and wife team have joined with Clay Clark on a new project! A four part series on the Health and Freedom Conferences/Reawaken America Tour! We had the privilege of attending two of these conferences in both Tulsa and Tampa this year! I have to tell you, that first event in Tulsa changed our lives forever. Not only our lives, but the lives of millions around the world. We SHOOK heaven- God moved, chains were broken and it set off a series of events that would lead to the church rising up and saying “enough” to tyranny!

I must tell you guys, we are winning. The devil may have some believers thinking that we are on the run, that this is it, this is the end, but my friends, the truth is so much farther from that! The devil is terrified and throwing all he has at this moment because he can feel the quaking of God’s footsteps as He moves to position His church to take a giant leap forward! He is unifying His body like never before and we are going to emerge out of this stronger than we have ever been, with a harvest of souls so big we won’t have room enough to take them in.

God is rising up men and women around the world as ministers of His gospel. He is calling YOU right now to step out, step up and step in to the calling he has for you!

I promise you that you will walk away from watching this series filled with faith, hope and encouragement that WE WIN BECAUSE HE WON– the GATES OF HELL WILL NOT PREVAIL AGAINST US! And I don’t know about you, but I have only just begun to fight! It only gets better from here on in for His church! The world may seem to fall apart, but don’t look at what your eyes see, look to the Holy Spirit, at what God is doing and you will see that we are advancing the Kingdom of God in a way that hasn’t been seen for generations!

The Re:Awakening Series will be released 11/15/2021, but visit http://reawakeningseries.com to pre-order, and see behind the scenes!

The producers have given us a promo code “CHICKS”, so use it at reawakeningseries.com for 10% off and to be entered for a chance to WIN 2 VIP tickets to the REAWAKEN AMERICA TOUR and get an exclusive BACKSTAGE PASS to meet Gen. Flynn and the other speakers.

Leah and I have decided to have all of our proceeds from the promo go back into the project!

Interview with Joy and Matt Thayer at Scott Kesterson’s BARDSFEST