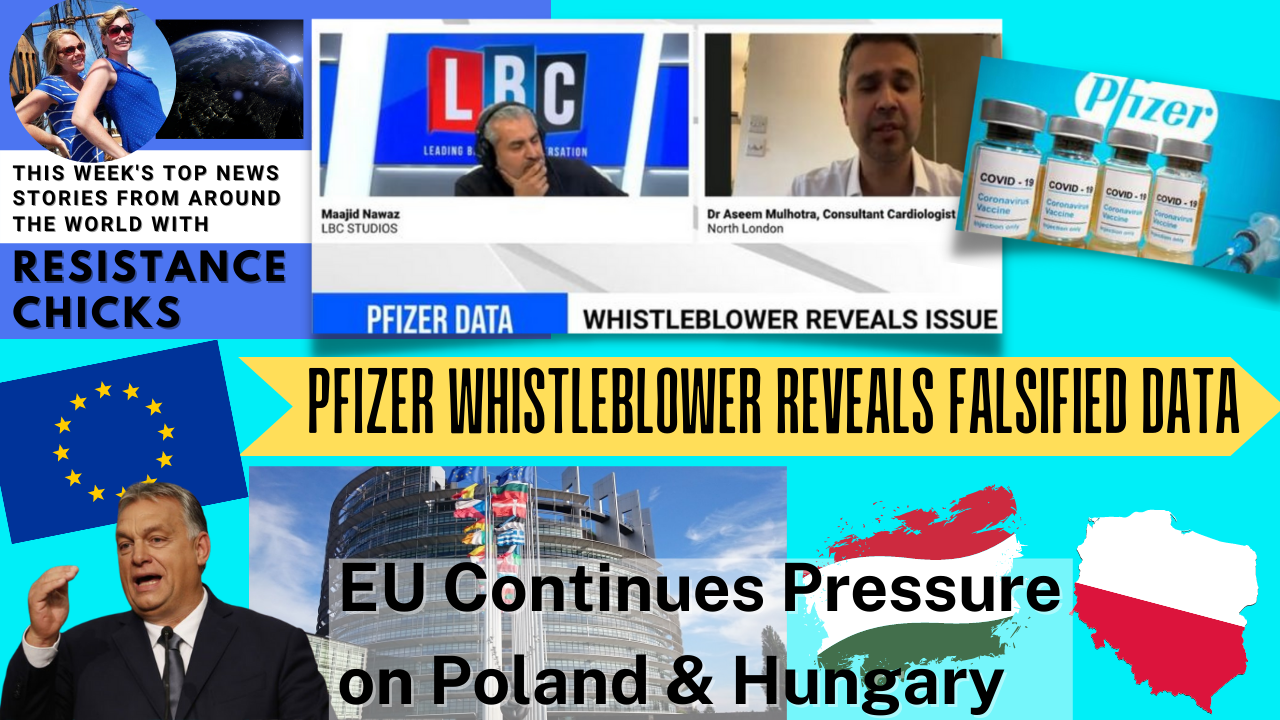 On today’s World News Episode: A whistleblower involved in Pfizer’s pivotal phase III Covid-19 vaccine trial has leaked evidence to a notable peer-reviewed medical publication that poor practices at the contract research company she worked for raise questions about data integrity and regulatory oversight that the company falsified data, unblinded patients, employed inadequately trained vaccinators, and was slow to follow up on adverse events reported in Pfizer’s phase 3 trial.

Then, the Court of Justice of the European Union has condemned the Polish government to pay a daily fine of €1 million (£850,000/$1.2 million) unless it scraps a disciplinary chamber for judges. EU judges had ruled in July that the activities of the disciplinary chamber were contrary to EU law and demanded that Poland stop its activities. The conservative Polish government met the ruling with resistance, saying that the EU had no right to interfere in the Polish judicial system. Meanwhile, Hungary tells the EU “If you need them, take them.” Hungarian Prime Minister Viktor Orbán has offered to provide a “corridor” through his country to allow migrants to travel to Western Europe if EU leaders want mass migration. All of that and much more coming up at 1:00PM ET!

Hello Guys… Hope to see you at the Clay Clark event in Dallas in December, if you can make it?.. Going to be a blast, Clay is great, I wrote to you about the experience I had with covid, but I never got a response, maybe I will see you there and can tell you, I’m over it now, but it took me 3 months and I was affected permanently from it, I have a real deep voice like Scott Kesterson!.. 😆Take Care Ladies, Always Remember… Be Strong, Have Faith, And Importantly, Be Not Afraid!.. God Bless.

Hey Bobby! I wish we could make it to Dallas! We always say “as the Lord leads” but December is our busiest month for our home pet care business. I’m so sorry you had such a struggle with Covid, it’s evil indeed! Where did you write to us about Covid- email or snail mail? If it was e-mail, send it again, we try to always respond so I’m guessing it got lost. God bless you and thank you for the encouragement! ~Michelle