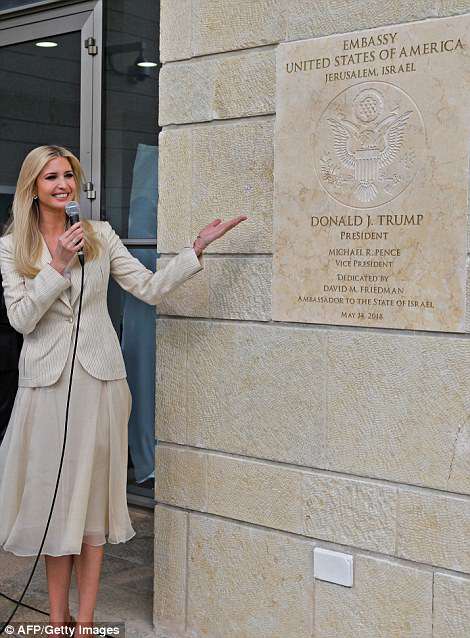 Another monumental day in the Trump Presidency; on the 70th anniversary of the birth of the nation of Israel, President Trump did what many presidents before him promised to do and never delivered: he moved the United States Israeli Embassy to Jerusalem, it’s capital.

For some reason this causes even the most otherwise sane people to lose their minds, but while they’re left in their fiery indignation, let us keep in mind the caliber of Israel’s enemies…

Absolutely nothing has changed, other than an embassy being moved to a position that makes logical sense, seeing as how this is where Israel’s Prime Minister and many other government agencies and officials are… and yet you would think that Donald Trump was bringing Israel into the Union according to anti-semitic critics worldwide.

Meanwhile, more than 35,000 protesters rallied against the movement of the embassy, many storming the boarder hurling molotov cocktails, burning tires and throwing rocks. As a result, Israeli snipers fired on the combatants, killing at least 52 and injuring many more. The whole world seems to be crying foul but I’m curious what the proper response is to a storming of your boarder by people who swear to Allah they want to kill your citizens and obliterate your nation, while throwing petrol fire bottles and burning tires?

How about if you don’t want to get shot, you don’t throw fire balls at your enemy, and you certainly don’t send your children to do it; but what do I know…

Meanwhile, the rest of us (most of the sane people of this world, Christians, Jews and atheists alike) are celebrating this historic moment. Mazel Tov

Sibyl, That is very nice of you to help them. And if you were trying to play some dirty Indian Paki hacker tricks, the Vikings would just feed you to the pigs, you know that.

Why are there no comments? Unfair. The others better bookmark your website. I just watched a bit of the Alex Jones show and him and this Milo trolling the google headquarters in Austin, TX.
Google called the police on them, deported them from the properties, and the even gave them a parking ticket. It was totally funny Jones was like dancing around in the headquarters and constantly saying that google spies on us all. I bet you saw the video, I will try to link it. You can fast forward to watch him making fun of google, his video is about 10 minutes long https://youtu.be/am1WYmMnAjc