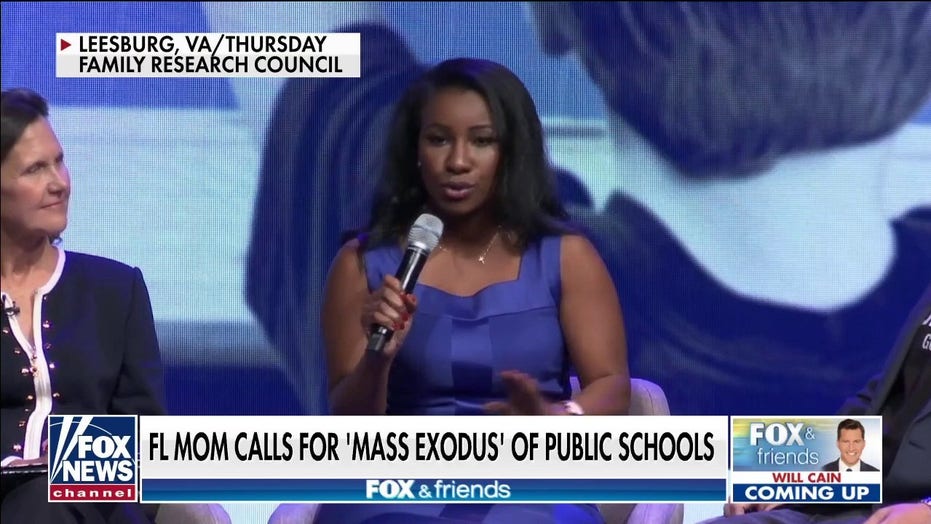 Quisha King, who works with Moms for Liberty, received a standing ovation for her fiery remarks, which she delivered during a Thursday panel event at the Family Research Council’s annual Pray Vote Stand Summit.

The panel, “Fighting Indoctrination on a National Scale,” saw King admit to a previous obsession with race.

“Right after the 2016 election, I started to pay more attention to politics and God spoke to my heart and told me that my skin color had become an idol in my life,” she said. “And that was life-changing, because it was so true. I saw everything through being black, and that was an offense to God, and I had to examine everything that I was doing.”

King added that she had a rude wake-up call when her daughter came home from her first week of eighth grade and revealed that she was asked “what pronoun she wanted to be identified by.” “I’m like, ‘ What is going on? This is crazy!’ And so I was like, OK, just pay attention,” she continued. “I emailed the teacher; she never emailed me back. I was like, well, you know, just pay attention to what’s going on.”

“I mean, you’re at home trying to make peanut butter and jelly sandwiches for your kids, and the FBI could be knocking at your door because you might have said the wrong thing at a school board meeting,” she said. “These people — they’re serious. They want to silence us and shut us down. I really think at this point, the only thing to do is have a mass exodus from the public school system. That’s it.