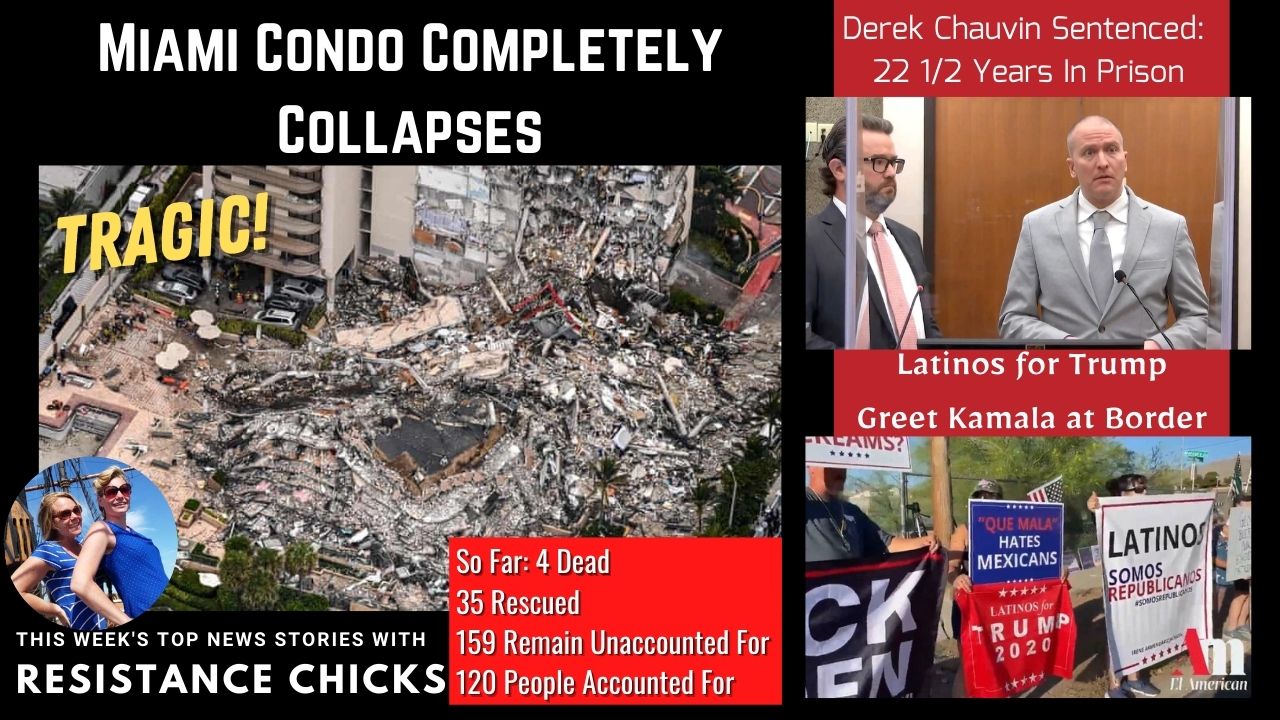 On tonight’s weekly news round-up: Tragedy strikes a #Florida condo building- over 24 hours after the collapse of a #Surfside, Florida #condo in #Miami-Dade County, the death toll has risen to four. At least 35 people were rescued, and 159 remain unaccounted for with 120 people accounted for so far. Then #KamalaHarris arrived at the #border in #ElPasoTexas and was greeted by Trump supporters, and #LatinosForTrump with a strong message. #TuckerCarlson slams #GeneralMiley over the new “Woke” military; #DerekChauvin is sentenced to 22 1/2 years in prison for the death of #GeorgeFloyd. All of that plus some exciting news from Resistance Chicks! You don’t want to miss tonight’s show at 6:45 EST!!!