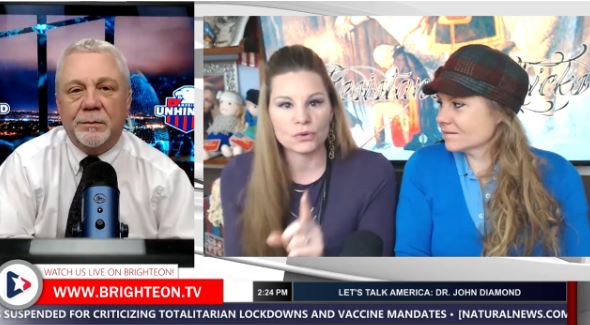 I first must question if there was genuinely any actual intent to present any evidence of the fraud on 1/6. Perhaps they knew this opportunity to do so was not going to actually happen.

Then we have Ray Epps’s statement of not being involved as a fed presented as good enough for them. That is akin to asking Charles Manson if he was involved with any of these murders and he said “nope”, and the prosecutor’s response is “Good enough for us. Case closed”.

Now we have all these people in the DOJ saying they don’t know anything about anything, while the rest of the world at least has a pretty good idea of what is going on. They can only explain that one of two ways and neither are at all acceptable. Either they are that clueless and incompetent, and thereby the least capable people to hold these positions, or they are lying and guilty of obstructing justice putting them on the wrong side of the business they are supposed to be in. I believe we all know it’s the latter and that’s even worse. “I’m unaware” and “I don’t have those numbers in front of me” are the modern defense to anything now. That shouldn’t stand as a defense or be acceptable when they should have predicted they would be called upon to have that info, since they would likely be asked for it in the hearing, especially given they were already asked for it in writing previously. Any moron could predict what questions would be asked of them and what they should be prepared to respond to. As law students they likely were expected to do that. I wouldn’t expect that to fly for me in court if I came unprepared. That would result in a bad outcome for me and it shouldn’t serve them to be unprepared and incompetent. AG Garland claims to be the most unaware and clueless individual on the planet as he knows nothing about anything. That shouldn’t just make him unqualified but negligent and guilty of some form of legal malpractice on an unfathomable scale.

I know this is a long rant but lastly,
We do need to see justice in this realm, the natural. It’s not enough to merely have faith in some justice in the afterlife. People need, I need, we need, to see these horribly guilty people pay and pay hard for all they have done to God’s family. The more we don’t see that the more people move away from God and lose faith. I believe it’s the single greatest cause of people not believing in God. They witness so much injustice in the world and think “how can a God allow this to go on?” I know I was one of them and I know a lot of others that think that still. I pray that as more of us move closer to him and walk more diligently in Jesus’s steps that more justice will be done in this world. I have to have faith that as the lord is more pleased with us the more responsive he will be to our pleading. As you said, we need to be doing all that we can before we can expect him to come in and pick it up from there. We can not expect him to come save us while we lie around complaining and pouting.

Great talk ladies. This was SO good.

Thanks for actually reading all that, lol.