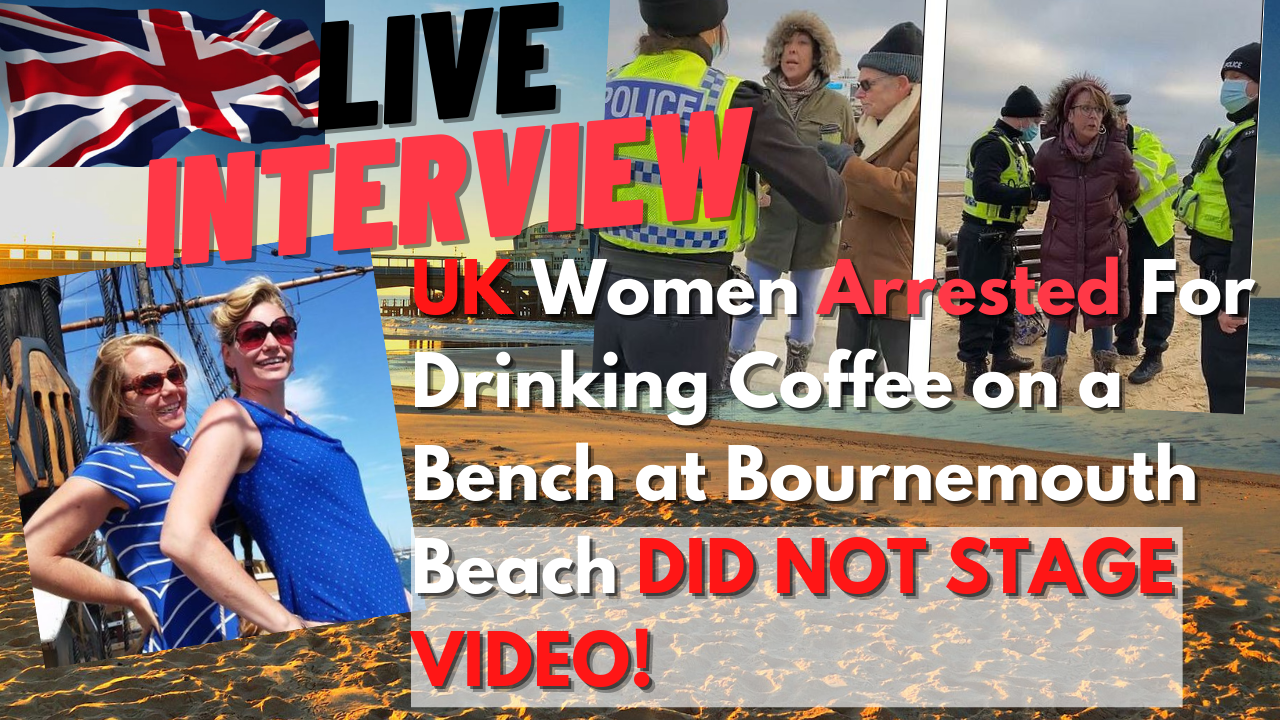 In a phone interview on Saturday, January 16th, the two women who were arrested last week at Bournemouth Beach for drinking coffee while sitting on a bench with one of their elderly fathers, speak with Resistance Chicks to set the record straight. Immediately following the viral videos, the police came out with a statement saying they believed the women to have staged their own arrest and video of it. Marcia and Rae walk us through the story of how that was impossible and a slander. They’ve suffered greatly as a result of the set up by the police against them and their good names in their community. It’s time they get to tell their side.