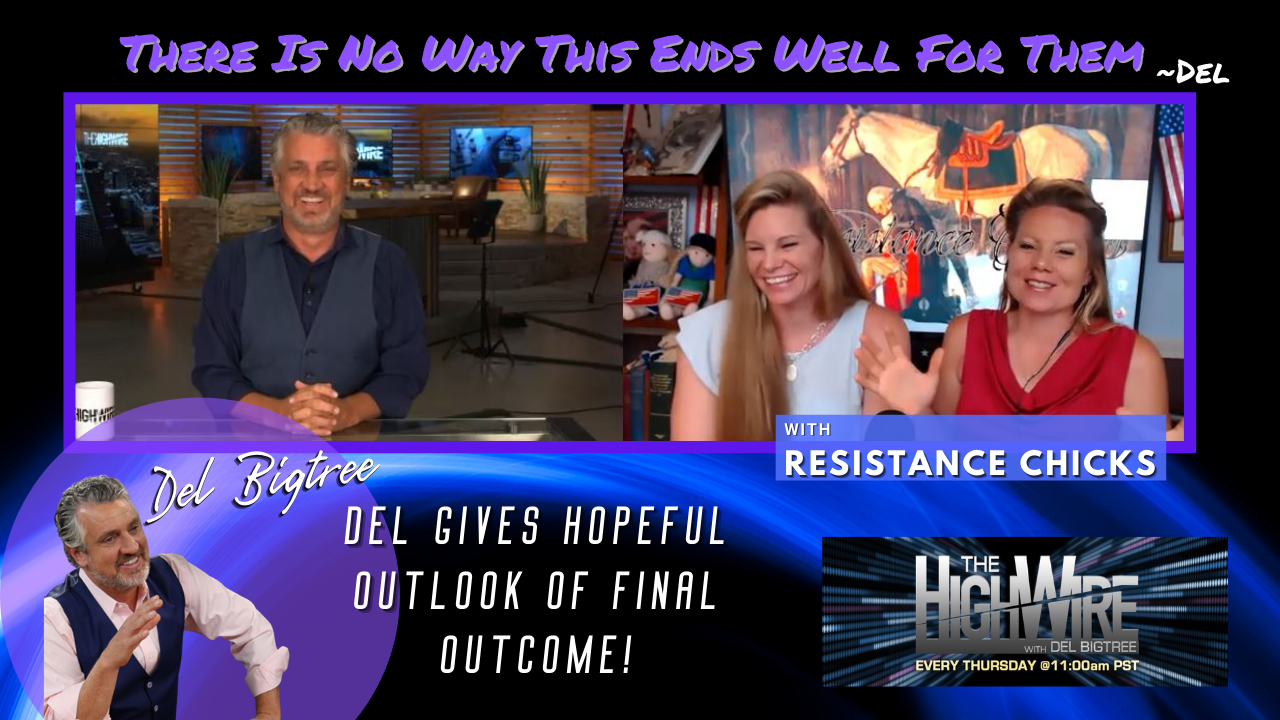 Everyday is a good day here at Resistance Chicks, but the days you get to interview one of your heroes is a GREAT day! Del Bigtree, host of the massively popular show The Highwire joined us on Resistance Chicks to pull back the vail of the truths behind Covid-19, the vaccine, VAERS, masks, and the cover-up of the highly safe and effective treatments for this virus.

Del has been leading the charge, exposing big pharma’s dismissal of vaccine safety, along with their total shelter against liability for their products harming those who have taken them. Most notably, Del produced and stared in the documentary Vaxxed: From Cover-up to Catastrophy that has been pivotal in waking up countless people around the world to the dangerous side effects of the MMR vaccine. Since then, Del has continued to hold the government and big pharma’s feet to the fire. And in Del’s words:

His non-profit, the Informed Consent Action Network, or ICAN, is leading worldwide investigations into drug and vaccine fraud that have already resulted in multiple winning lawsuits against US Government agencies Health and Human Services, National Institutes of Health, CDC and FDA. Del says we’re going to need new Nuremburg trials, with those like Dr. Anthony Fauci being held accountable for their crimes against humanity. Not only for keeping treatments he knew to be safe and effective, but also in pushing a “vaccine” that was ineffective, creating Antibody Dependent Resistance , essentially, sending resistant and new strains of Covid out into the population- which is what we are now seeing with the so called, Delta Variant.

“There is no way this ends well for them…”

But what I loved about our interview with Del, aside from his confidence in the facts, studies, and highly qualified and esteemed sources he regularly speaks with, was his cheery disposition and hopeful smile throughout. Del left us with one of the most epic, hope filled statements that has ever been uttered on Resistance Chicks:

“This is the last ditch, white knuckled grasp by the NEANDERTHALS of medicine to hold on to their prevalence when an evolution of humanity and healing is right around the corner….

That rainbow is starting to form- and that dark storm we’re looking at right now… I’ll see you on the other side.

I KNOW WE WIN THIS IN THE END!”

For some reason, despite how bad things look on the outside, those of us on the inside, with all of the truthful information- we’re extremely hopeful for the future- because we know Who’s side we’re on- we’re on God’s side and we ARE winning this fight- and the win is going to be EPIC!

Join us TONIGHT for the premiere of our interview with Del- Note, this will NOT be on Facebook, but WILL be uploaded on all of our regular platforms with links to be added.