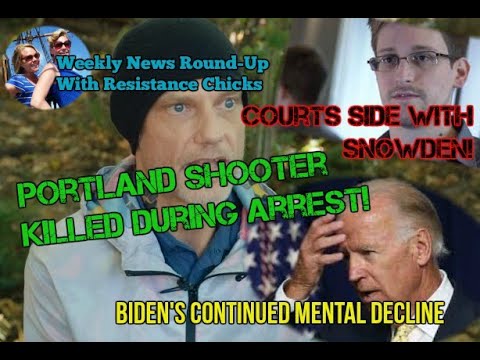 #MichaelReinoehl, the shooter in the death of a conservative man in #Portland who declared he was “100% #Antifa,” died in a shootout with police on Thursday. Reports claim that #Reinoehl fled the state and was camped out in Washington when a “federal fugitive task force” found him. According to the U.S. Marshals’ Fugitive Apprehension Team, Reinoehl, in his vehicle, “pulled a gun on law enforcement and was shot and killed by members of the task force.” Read More: https://thefederalist.com/2020/09/04/portland-shooter-who-was-100-antifa-dies-in-police-shootout/?fbclid=IwAR3uL5bVirhxt-I4AcIX4zBm4tlWaBMauYwRzwkD0U0kwB5qBgakL7MwSmw#.X1JHyC3eEWs.twitter Also on today’s show: Courts side with #EdwardSnowden; #Biden mental health and SO much more in this week’s TOP News Stories!