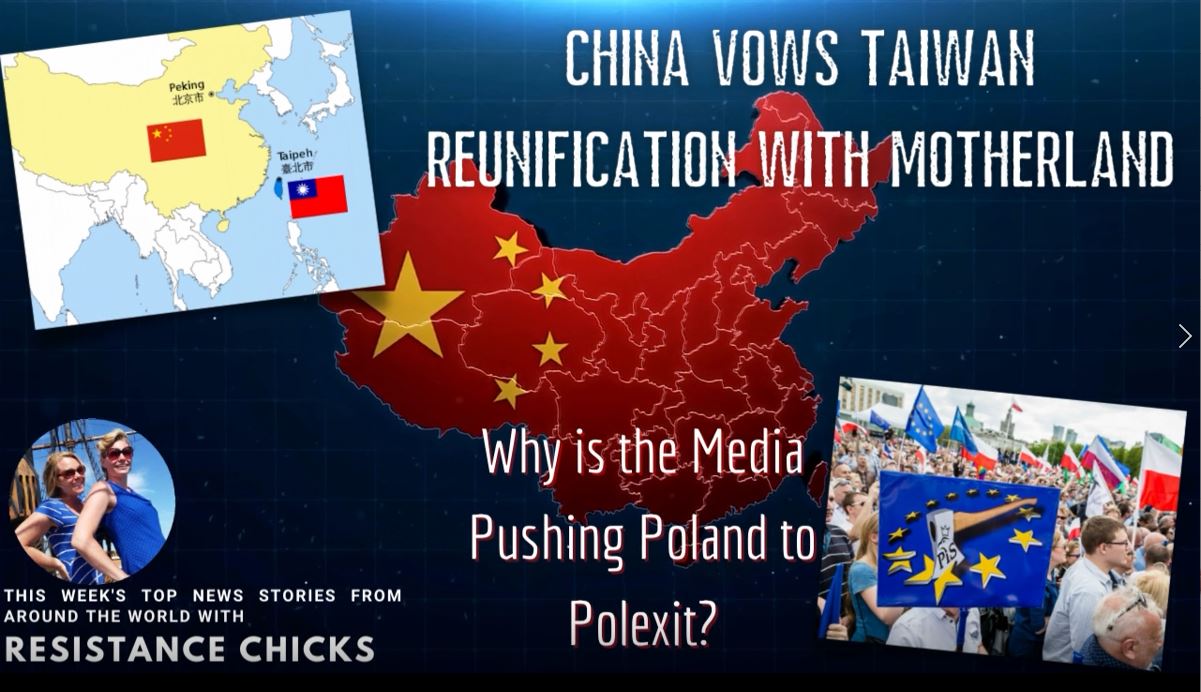 In this week’s episode of TOP World News!

This week a compendium of main stream media articles went into a frenzy over “Polexit.” Is this a co-ordinated attempt to shame Poland for ruling that their courts hold authority over the EU courts?
Breitbart reports “The BBC, Financial Times, Guardian, Times of London, Politico, Euronews. It’s the word on everyone’s lips, it seems — ‘Polexit’, or rather Poland’s withdrawal from the European Union is being discussed intensely again. This comes after Poland’s Constitutional Tribunal ruled that where EU law conflicts with Polish law, Poland’s constitution has right of way. This is totally unacceptable to Brussels, which even claims supremacy over national constitutions, and has vowed to defeat Warsaw over the matter.

Yet the Polish government itself appears determined to find Poland’s own place within the European Union, not without.”

On Saturday the entirety of Lebanon was plunged into darkness, with the electricity grid shut down completely after the small Mediterranean country’s two main power stations reportedly ran out of fuel. “The al Zahrani and the Deir Ammar power stations stopped working after supplies of diesel were apparently exhausted, and energy production dropped to below 200 megawatts,” Sky News reports. The country has since restored power but the massive outage has brought the spot light to a country with half the population in poverty and severe devastation.
Over the past months major Lebanese cities and towns have experienced periodic blackouts, but this looks to be the worst and most far-reaching and long lasting – increasing the misery of a Lebanese population still in the midst of an economic crisis, persistent fuel shortage, and which has seen the local currency plunge by 90% since 2019. Read More Here

Much of the past year in Lebanon has witnessed scenes of sometimes miles-long lines at gas stations, with fights and disputes over supplies becoming almost routine. Residents and business owners have tried to endure via generators and hoarding personal fuel supplies insofar is possible for those who can afford it.

And on going protests continue around the world, including what is being described as Rome’s largest protest against mandates.