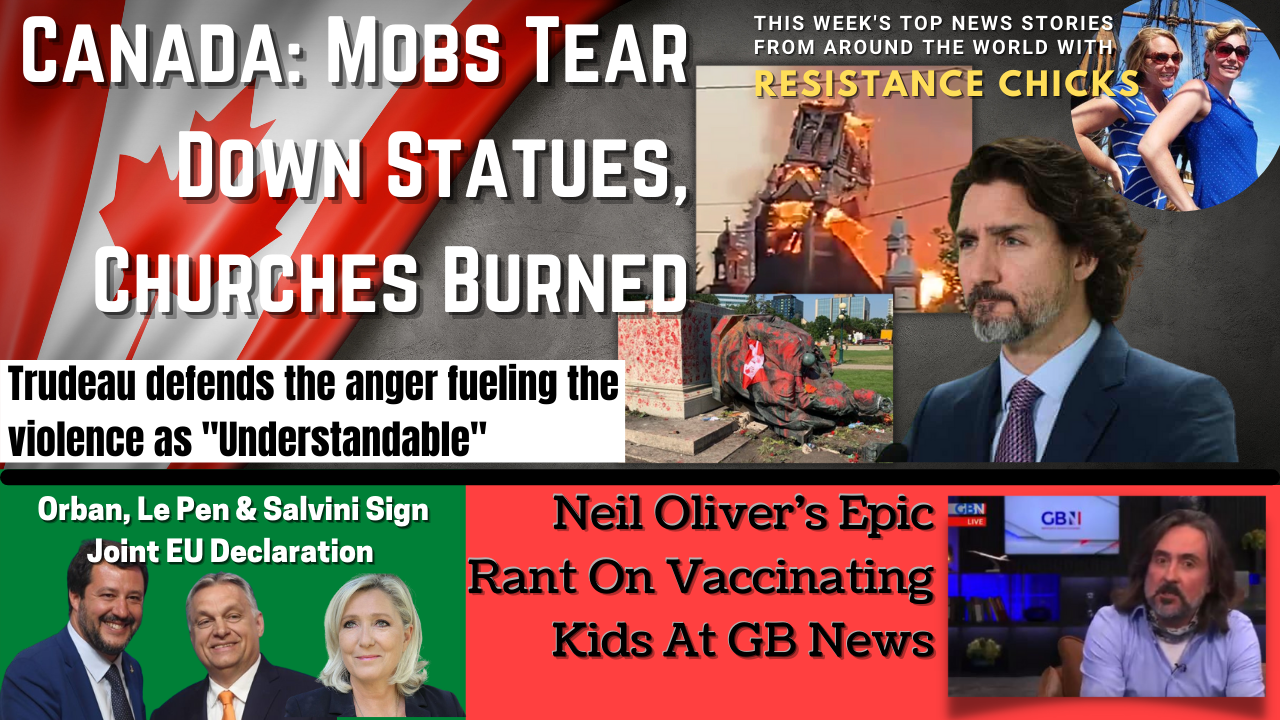 On this week’s episode of TOP news stories from around the world: Prime Minister Justin Trudeau defends the anger fueling the wave of church arsons and statue-smashing as “fully understandable”, thinking that by calling the attacks “unacceptable” he can still sympathize with the criminals.

Meanwhile Leaders of populist and conservative parties across Europe including #ViktorOrban, #MarineLePen, & #AntonioSalvini, (of #Hungary #France and #Italy) have signed a #JointEUDeclaration criticizing overreach from the #EU and calling for more #nationalsovereignty.

And conservatives in the UK are loving the new #GBNews for their no-nonsense truth telling- #NeilOliver goes on an epic rant on the dangers of vaccinating children. All of that and much more on today’s show! Happy Independence Day to ALL!!!