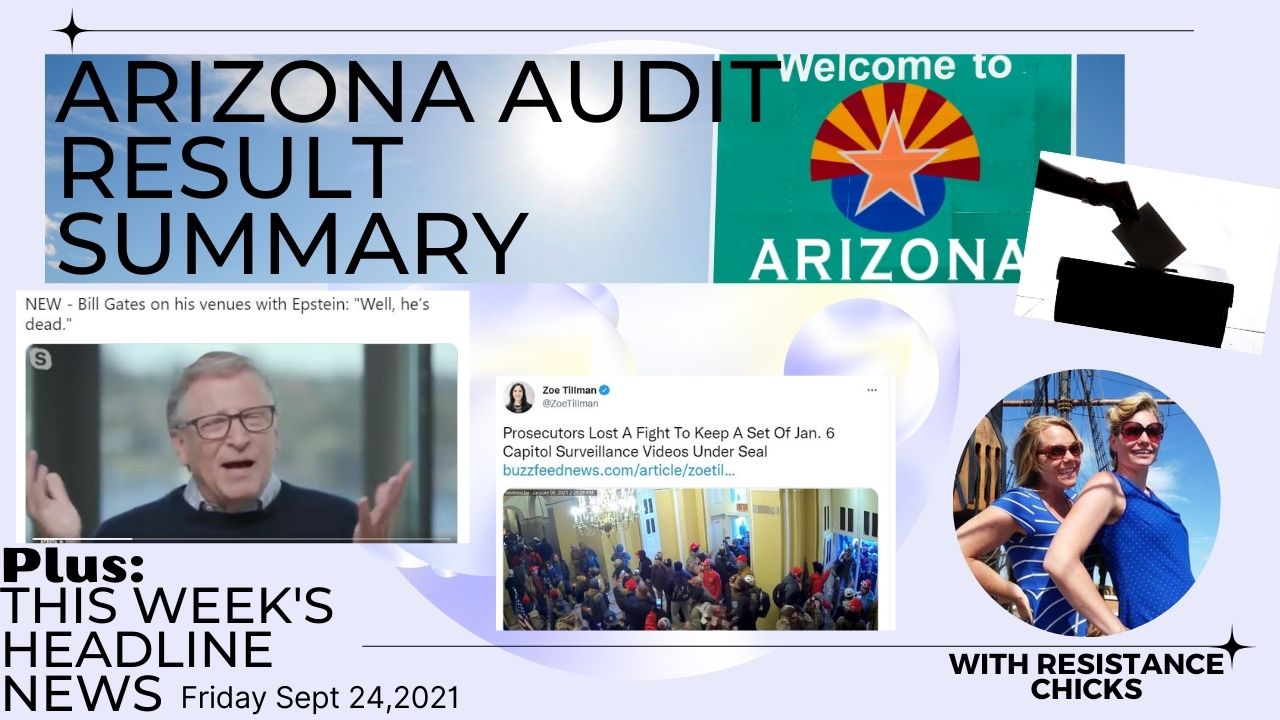 On this week’s Headline News show on Brighteon.TV this Friday, Leah and Michelle break down the Arizona audit results. The main stream media ran with the line that Biden got more votes than originally counted and that Trump got less. In a classic move they ran with the only narrative that aligned with what they wanted, totally failing to report the MASSIVE voter fraud that was found. Take all of the files that were deleted, including the ones that were deleted the day before the first audit, or the 17,322 votes that were duplicates, effectively changing the results of the election.

This is more than enough to change the election result. https://t.co/wsru0E0VHO

Then we see that 23,344 voters, voted after they had moved… so how did they get their ballots…?

23,344 voters in Maricopa County voted via mail-in ballot after they moved, and no one with the same last name living at their address

"Just those fraudulent ballots alone total 50,252, and is fraud many more times than the so-called margin of “victory,” which was only 10,457.

In addition, election data appears to have been intentionally deleted, and ballot images were “corrupt or missing.”

AFTER they knew how many ballots they needed! pic.twitter.com/XfEn0xba5O

In the second half of our show we covered more breaking news from this week, including the footage of a mounted border patrol officer whipping his horse with double reins- the fake news media jumped all over this saying that he whipped a Haitian migrant. Joe and Kamala both came out hard against this calling it racist, even though the mounted police are mostly Hispanic. They have now halted all border patrol in response, which is absurd!

Sorting through my footage from the border. I was in the river during the viral incident between a Haitian migrant and mounted CBP agent. It's shaky – but here's what I captured. pic.twitter.com/fnvxSU83tO

Then in the most creepy video ever, we hear Bill Gates happily proclaim that Jeffery Epstein is dead in answer to the question, “what lesson has he learned?” … wow.

This week new footage was released from American citizens peacefully entering into the capitol building… these innocent people were not part of an insurrection, they were just following the crowd. We now have political prisoners being held and beaten from something that is now evident to have been nothing.

And finally, Florida Governor Ron DeSantis has appointed a new surgeon general, Dr. Ladapo who is one of the original AFLDS Frontline Doctors who stood on the steps with Dr. Simone Gold. He is a firebrand for health freedom stating that “Florida will completely reject fear as a way of making policy!” WOW! This guy is a threat to the narrative, with him at the health helm in Florida telling truth and exposing the lies, they will not be able to keep the wool over the eyes of the rest of our country or the world!

Ron DeSantis just made Dr. Ladapo the new Surgeon General in Florida. Watch this and you’ll wish he was in charge of COVID policy for the United States.

"Florida will completely reject fear as a way of making policies"

This is the Doctor America needs!pic.twitter.com/3Ixi8KxxLx