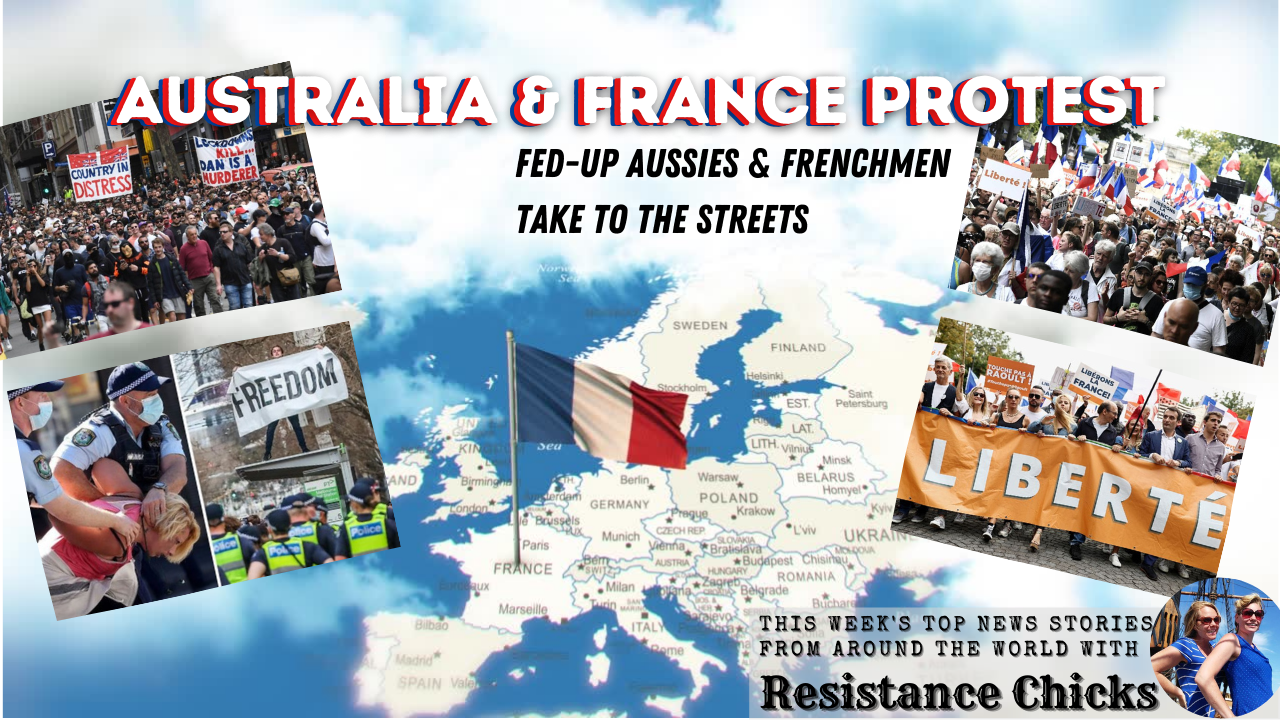 On today’s Sunday world news episode: Australians and Frenchmen are being gripped with a heavy handed tyranny we haven’t seen since communism in western nations. But they are rising up and saying NO to their would be dictators. Additionally, we see that the people of Hong Kong haven’t given up their fight either, as many take to the streets, risking their very lives from the Chinese Communist Party. There is a battle cry of freedom that has never been more united across this land- it will be hard fought, but it will be WON!

Meanwhile, everything has fallen apart in Afghanistan, thanks to Joe Biden’s administration bowing down to the CCP to pull troops in the worst possible way. In Kabul, seven people were crushed to death Saturday as massed crowds fell against concrete barriers outside Kabul airport as they gathered to try to flee Afghanistan according to Britain’s Ministry of Defense.

All of that and much more- join us!