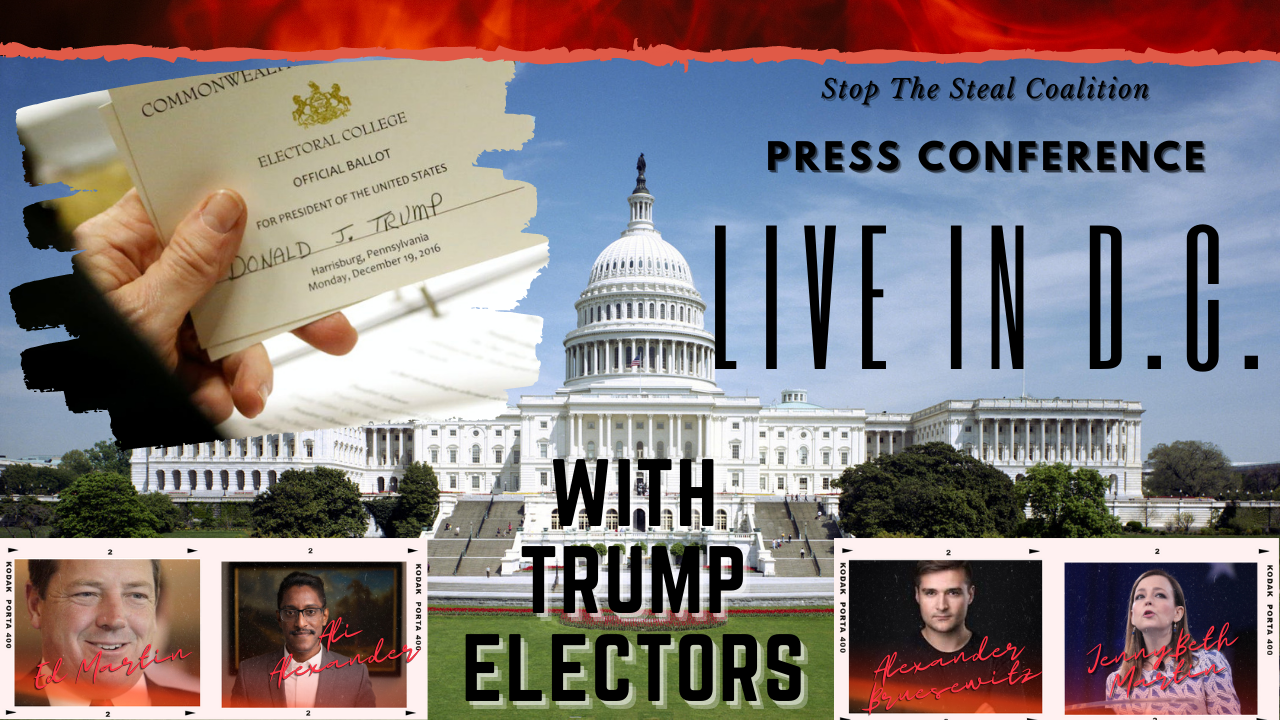 From Right Side Broadcasting Network: “December 15, 2020: (WASHINGTON DC) — Leaders from the official Stop the Steal coalition will call on Republican US Senators to join Congressman Mo Brooks and his colleagues in objecting to any House certification of an Electoral College count that includes contested states riddled with allegations of voter fraud and controversy. Per the US Constitution, a president cannot be elected without Congress, first, sealing the deal on the Electoral College. Instances of fraud and government abuse have robbed this process of fairness. Fortunately, the founders created a fail-safe by requiring Congressional consent. Stop the Steal is a broad coalition responsible for organizing protests calling for fair elections and transparent counting for 6-consecutive weeks since Election Day. Stop the Steal, and its coalition partners, has lobbied state legislators, petitioned statewide elected officials, trained witnesses before election integrity hearings, and made hundreds of thousands of calls and emails to bureaucrats. “

Predictions for the new year

2. The ensuing soros funded antifa violence will be quickly ended with a few strategic arrests and the useful idiots will slink back to mommy’s basement.

3. There will be a record number of political “retirements” at both the federal and state level from both parties.

5. The CIA will be shutdown and the domestic intelligence apparatus will be gutted and rebuilt from the ground up.

6. The hysterical response to covid will be shown to have been based on fraudulent data and the masked madness will come to an end.

7. Big tech will be broken up and companies such as facebook, Amazon, PayPal, etc. will be forced to operate more like utilities, e.g. disallowed from censoring or dropping people for ideological reasons.

Keep the faith patriots you heard it here first.