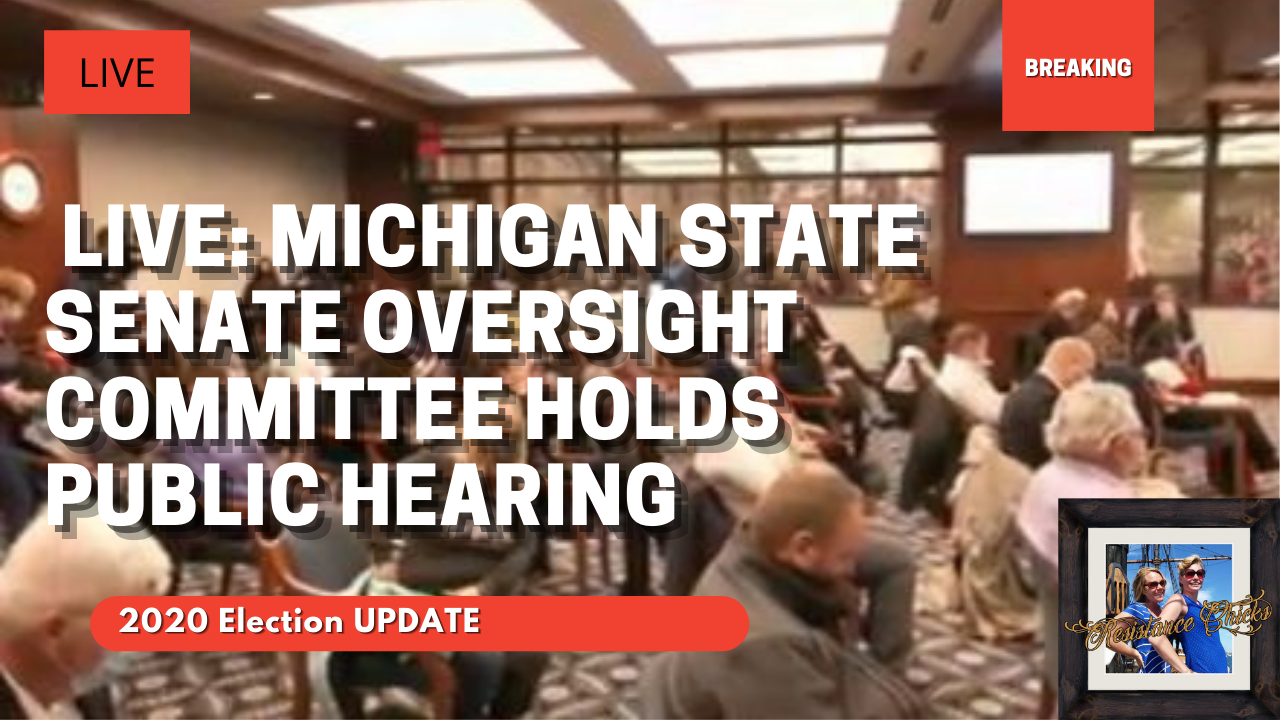 Thoughts after the Michigan hearing today:Another LOOONG day streaming on Resistance Chicks for almost 8 hours of pure, solid, straight witness testimonies, with 3 minute timers. It was RAPID FIRE, witness after witness all coming together and telling the same story of incredible, and overwhelming, not to mention compelling, EVIDENCE of fraud in Detroit at the TCF center. There were countless STAR witnesses that make this an open and shut case. Dozens of stories were told to back up each instance, such as the multiple running of the same ballots through the machine, allowing signatures that did not match to go through, pre-printed ballots, putting fake birth dates all of 01-01-1900 on ballots that came in without birth dates, bullying, poll watchers never once being allowed to contest a ballot, all Republicans being treated as if they were the enemy, backdating of ballots, machines being hooked up to the internet when that is illegal, only two Republican poll workers out of hundreds, when there was supposed to be one Republican and one Democrat at each table working… I could go on and on… It’s heartbreaking to me that in our country, so many voters could be disenfranchised by the unethical and unlawful decisions of people who could not care less about the sanctity of a vote. But what blew me away the most, was at the end of these 8 hours, the senators on the panel that all started out seemingly careless, and almost hostile to the witnesses, had a complete turnaround. After listening to hours of the testimony they were vehemently angry and incredulous that this kind of fraud in their voting process took place in their state and on their watch. I can guarantee you they will be doing something about it. And worth noting, in every contested state there are countless witnesses who saw the massive ballot dump show up in a truck in the middle of the night. This is not normal. This will be remedied, not for next time, for now, for this election in 2020. We cannot wait for next time, we cannot say we will just do better when it comes around again. If we don’t fix it now, if we don’t right this wrong, it will never ever be righted. And the good news is, all the powerful men and women fighting to win this, are men and women of God. We cannot lose, and it had to happen this way to separate the wheat from the chaff. There is so much more to come.