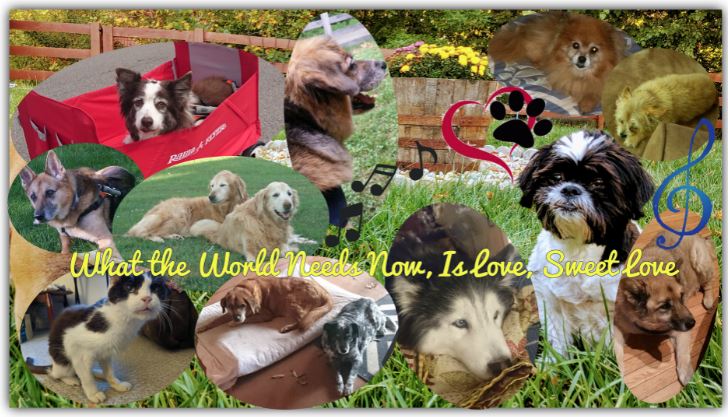 My sister Leah and I have THE best job in the world: working with animals who are always happy to see you! At the end of each year we compile a video “recital” of our time (often silly and crazy) with our furry friends. I was nearly 4 months late in completing 2019’s video- but after previewing the last part of this year’s video, our mom said to me, “Michelle, you’ve been stressed about this video, feeling like it’s really late, but I think that it’s coming out right on time.” After she said that, I realized she was likely right. That’s why I decided to change the title of the video to: What the World Needs Now Is Love.

I can’t express just how much joy I had while working on this video, it’s by far the longest one we’ve ever done, and I even cut a fair amount out! There are 1,045 images or video clips in this film and they are just a drop in the bucket of all the love and time we have given and received through spending time with these pets last year!